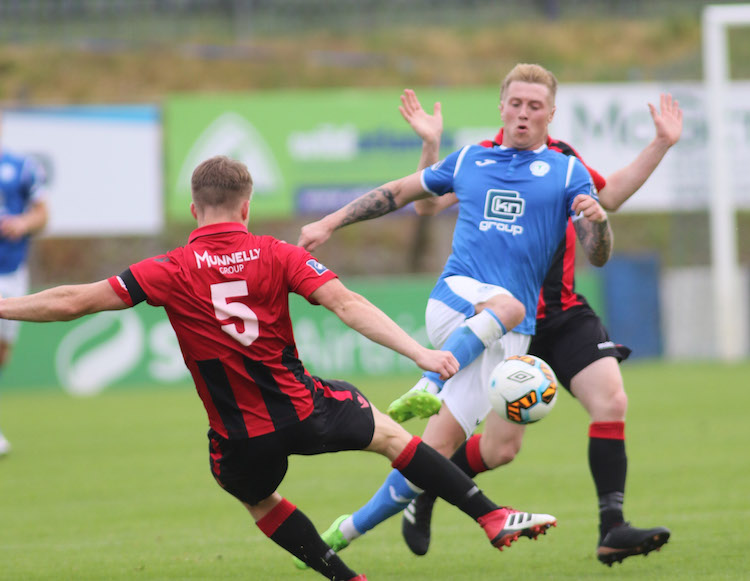 Watch: Highlights as Finn Harps lose out to Longford Town at Finn Park

Finn Harps were beaten by Longford Town yesterday evening at Finn Park despite having come from two-nil down to level the game.

Aodh Dervin and Dylan McGlade gave Longford a 2-0 half-time lead, but Harps were level nine minutes after the break.

Paddy McCourt converted from the penalty spot and Mikey Place netted for the second time in as many games as Harps drew level.

But Longford took the points as Sam Verdon and McGlade finished for a 4-2 win.

Harps had Tommy McBride sent off on the final whistle.