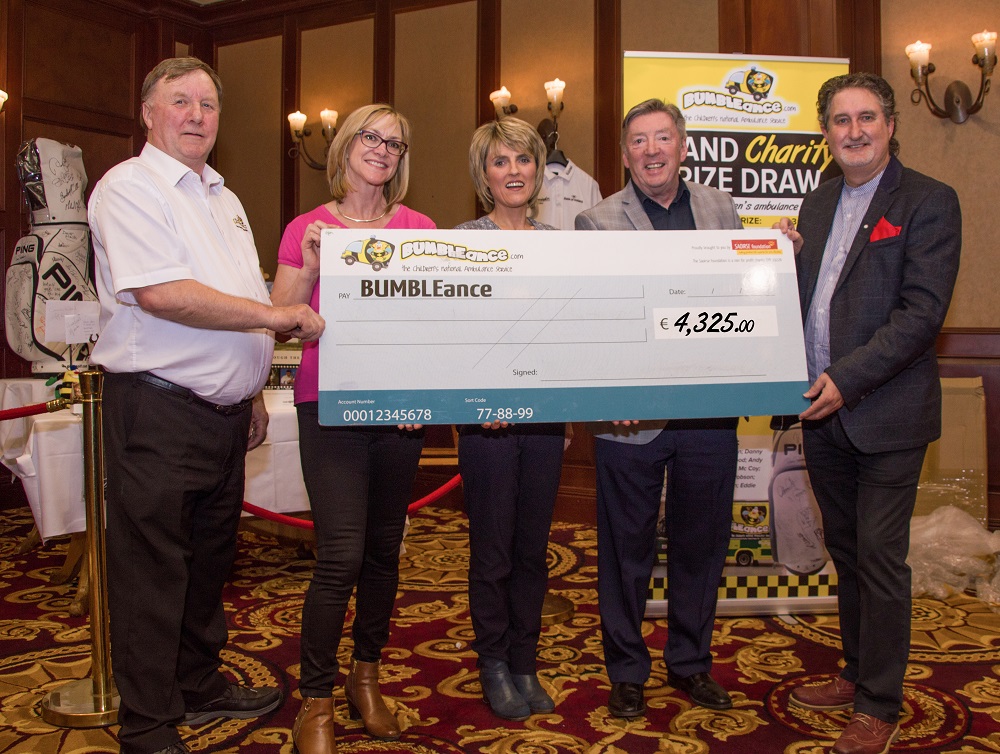 A grand fundraising total was presented to BUMBLEance this week following a successful charity night in Letterkenny last April.

The money will be used to support the Children’s Ambulance in the North West that delivers sick children between home and the national treatment centres, hospice and respite centres.

Working in partnership with the National Ambulance Service (NAS), BUMBLEance provides the highest standards in professional medical care together with a top-of-the-range entertainment facility specifically designed and tailored for children. 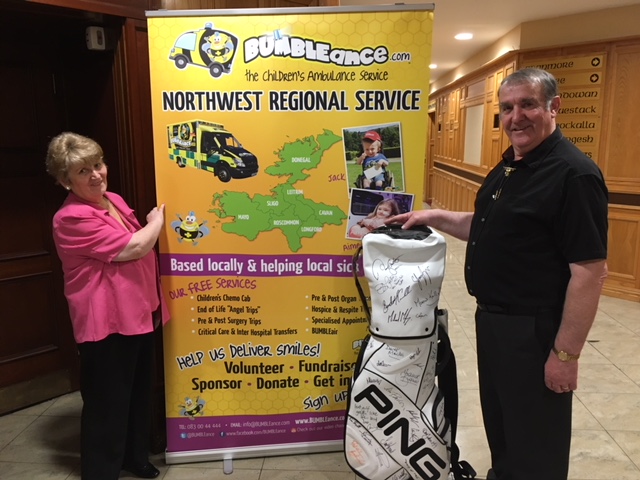 Picture shows Alex Black and his wife Anne, winners of the first prize in the BUMBLEance charity draw which was held in the Mt. Errigal Hotel, Letterkenny.
The prize was a golf bag autographed by top European professional golfers, soccer players and entertainers from T.V. and stage.