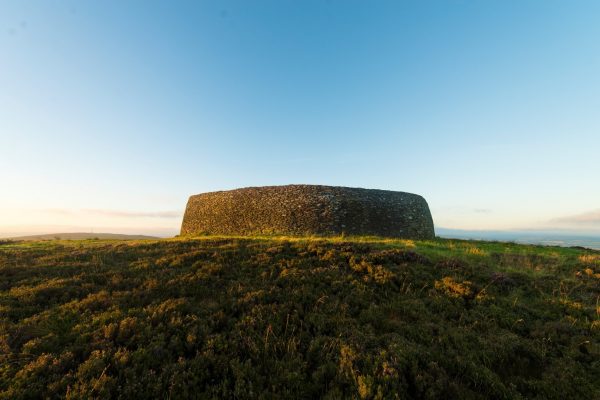 Councillor slams lack of tourism guides at Grianan of Aileach

Cathaoirleach of the Inishowen Municipal District, Cllr Jack Murray, has hit out at the OPW for not employing tour guides at Grianan of Aileach.

Cllr Murray says this is despite the fact that they are doing so at other sites it owns in Donegal which have a fraction of Grianan’s visitors.

Information received from the OPW through PQs arranged by Cllr Murray’s colleague Senator Pádraig Mac Lochlainn show that Glebe House has 6 information guides employed from May to September. It had 27,998 visitors in 2017.

Donegal Castle has 5 tour guides from March to September and two for the rest of the year. It had 55,166 visitors in 2017.

In the same year Failte Ireland announced Grianan as one of the top 20 most visited free sites in the state with 104,398 people coming to see it. Grianan however, has no information guides employed at any time of the year.

Responding to the figures, Cllr Murray said “I find it incredible that Grianan continues to be disregarded in this way. I have always held the view that it can be the premier tourist attraction in the northwest of Ireland if the right attention was given to it.

“I fully support the promotion of the other three sites in the county and it is great to see. I can see no reason however why so many tour guides would be employed elsewhere in Donegal but none at all at Grianan.”

“Visitor numbers already show that it is punching well above its weight despite very little support from state agencies. Indeed the many hugely successful events which have taken place at the site have been led by the local community.

“These visitor numbers also don’t take account of those who have come but had to leave again as they found the gate locked. The opening hours clearly need to be reviewed as well. If this was done, the numbers would increase even further.”

He added that Donegal has a state of the art visitor centre in An Grianan Hotel and commended the owners for taking on this initiative but more needs to be done from government agencies.

But he added “The OPW should employ information guides at the site in order to improve the visitor experience for the huge crowds up there throughout the year. There is no shortage of people in Inishowen with qualifications and a passion for teaching the history of the fort.

“I’m sure they would jump at the opportunity to tell the fascinating stories of Grianan.”