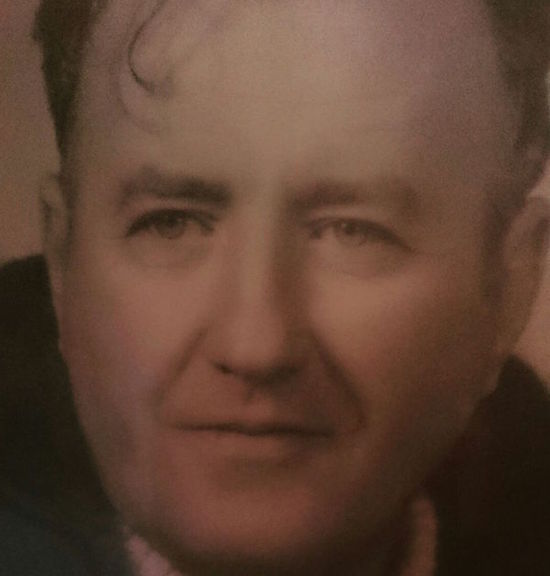 A Donegal priest has become the first person ever to be posthumously awarded honorary Korean citizenship.

The late Fr Pj McGlinchey was given the honour yesterday in a ceremony in Seoul attended by Fr PJ’s nephew, Ray McGlinchey which was attended by the Irish ambassador, Mr Julian Claire.

The Letterkenny-born priest passed away in April, aged 89, after more than six decades of service to the people of South Korea.

He devoted most of his life to Jeju Island in South Korea, where he travelled to as a 26-year-old missionary priest of the Columban Order.

With very little infrastructure, he set about trying to lift the island and its people from its position as being the poorest in Korea.

As the son of a vet, he identified primitive farming methods and the underuse of land as being an obstacle to the general improvement of living standards. 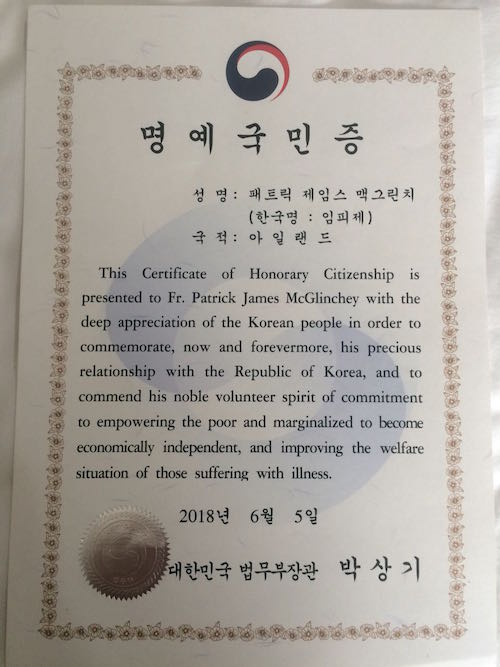 Among the many awards bestowed on Fr. P.J were South Korea’s highest national honour, the National Recommendation Award in 2014. The Irish Ambassador to Korea also presented him with Ireland’s Presidential Distinguished Service Award in 2015.

Former President Mary McAleese was also visited Fr. P.J and organised the donation of a stallion for the stud farm from Coolmore Stud.

At yesterday’s ceremony, the Korean Minister for Justice said the late Fr McGlinchey’s spirit of sacrifice will be an everlasting inspiration for the people of Korea.

He added that he regretted he was not given the honour when he was alive.

Fr. McGlinchey is pre-deceased by his sisters, Bridgerri, Jo and Eileen and brothers Tim, Danny, Bernard and John.