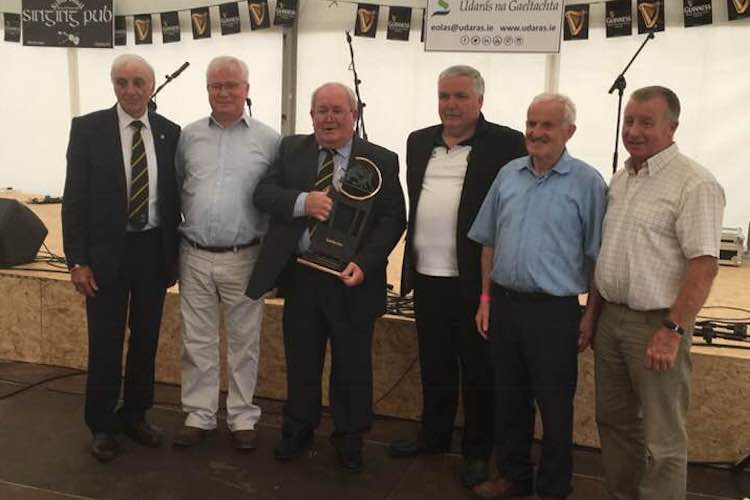 The colourful Glen stalwart was honoured for his contribution towards the Comortas Peile na Gaeltachta competition and was presented with a trophy in the marquee in Downings.

In 2016, Paddy ‘Beag’ received a GAA President’s Award from then GAA President Aogán Ó Fearghaíl for his work in the promotion of the Irish language.

Born in 1943 in Downhill, County Derry, the family moved to Glencolmcille soon after and Paddy ‘Beag’ attended Cashel National School.

He played football for Kilcar, Tír Chonaill Gaels and Round Towers

Naomh Columba were on the rise by then and he was involved as the club reached three successive junior finals in 1972, ’73 and ’74. They lost to St Naul’ss and Termon before defeating Cloughaneely in ’74, with Paddy ‘Beag’ as manager.

He was a selector in 1990 when Naomh Columba last won the Donegal SFC.