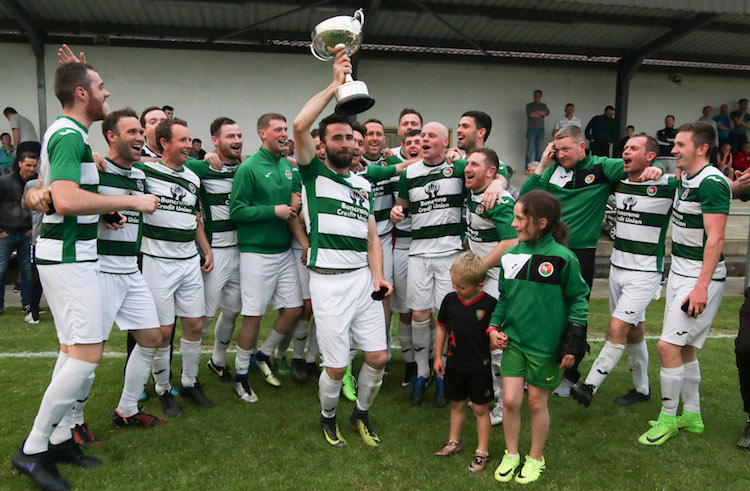 Ronan Doherty and Laurence Toland hit the goals as Cockhill sealed the title at Dry Arch Park for not just a sixth League crown in a row, but also an unprecedented sixth League and League double on the spin.

“When this team set out and moved to the Ulster Senior League, never in our wildest dreams did we think this would happen.”

Cockhill had been ten points clear at one point, but Rovers crept back into the race and forced a play-off with a 1-0 win over Cockhill on the final day of the season.

But Cockhill managed to shake their heads clear to claim the win.

Cullen said: “I felt we had more in the tank and I felt we were maybe feeling a wee bit sorry for ourselves. We had to realise that we still had a serious group of players. I don’t know why there were doubters after everything this team has achieved.”