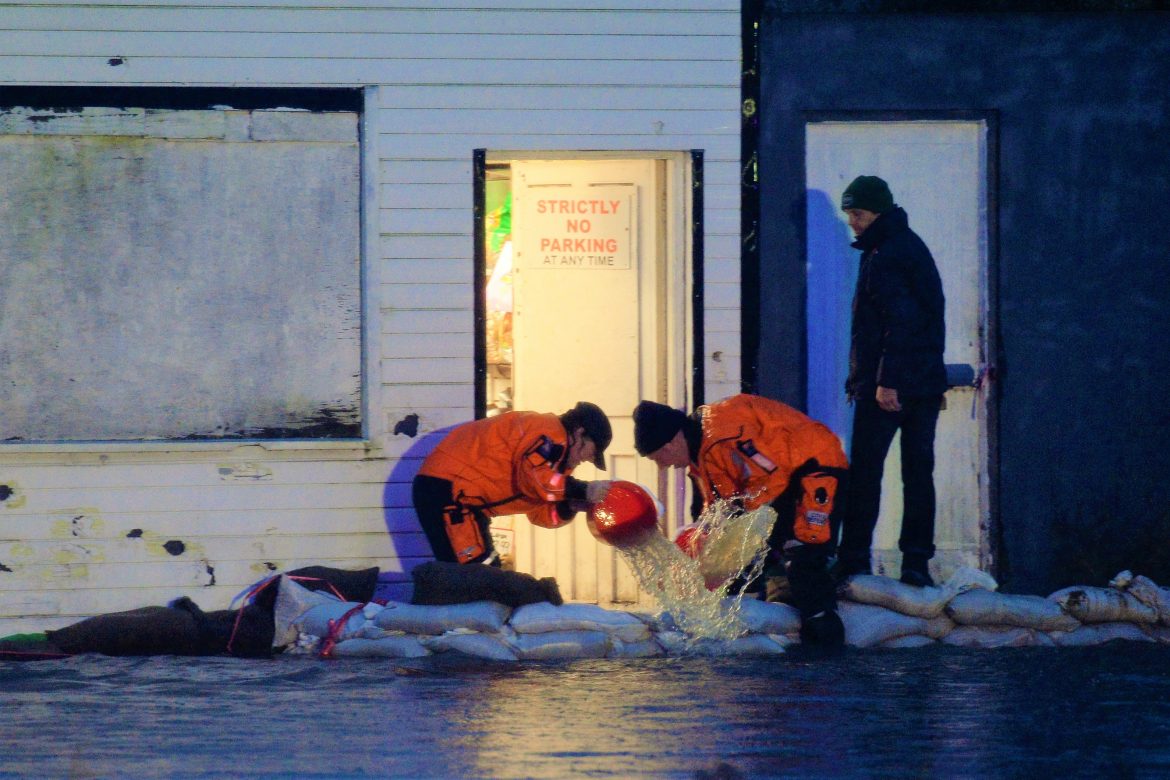 Minister Joe McHugh has announced the Government is to spend almost €11million on flood relief schemes in Donegal after he secured the green light for works in Burnfoot and Castlefinn.

Mitigation and protective measures are being carried out in nine towns and villages across the county under the funding package.

“On that day I promised there was more to come. And now we are delivering.

“That is what this Fine Gael Government is doing – living up to our promises.

“With support from Minister Kevin Boxer Moran and the Office of Public Works the Government is giving the financial support – almost €11million – for Donegal.

“With this commitment, Donegal County Council will drive forward projects in Burnfoot and Castlefinn, in Ballybofey and Stranorlar, as well as Lifford, Glenties, Kerrykeel, Downings and Raphoe.”

Works in Burnfoot will cost €1.5million and consist largely of new embankment protections.

Mr McHugh said: “Burnfoot was reviewed after the severe flooding in August 2017 and subsequent flooding in December. The area’s hydrology was examined, hydraulic modelling was updated, flood maps were revised and options re-assessed, including the cost-benefit.

“Donegal County Council will take the scheme through planning and the Office of Public Works will provide further support by funding necessary engineering expertise.”

The Castlefinn scheme is being funded with €1.75million. It will also be advanced by Donegal County Council in collaboration with the Office of Public Works.

Mr McHugh added: “The schemes are being progressed now alongside the €6million relief works for Lifford; works valued at €870,000 for Downings; €550,000 in Glenties; and €30,000 for Kerrykeel. Flood relief work is already underway in Raphoe.

“On top of that €175,000 has been approved for Donegal County Council for Ballybofey-Stranorlar under the OPW’s Minor Flood Relief Works and Coastal Protection Scheme.

“The funding will facilitate some interim measures to protect vulnerable areas of Ballybofey, necessary clearance works on the existing river embankment, a geotechnical assessment of embankments and recommendations for measures to bring the embankment to a standard that protects the benefiting properties against the one-in-100 flood event.”

Fine Gael Councillor for the Stranorlar area Martin Harley said: “This investment in efforts to mitigate against flood risk and to try to protect homes, businesses, schools and communities in the Ballybofey-Stranorlar area should be commended.

“Our focus has been on demonstrating the great need for these areas and I would to thank Ministers McHugh and Moran for driving our agenda at the top of Government.”

Mr McHugh paid tribute to Kevin ‘Boxer’ Moran TD, Minister of State for the Office of Public Works (OPW) and Flood Relief, who briefed County Council officials, councillors and opposition Oireachtas members on the €11million that the Government is investing in flood relief programmes in Co Donegal.

“Minister Moran takes a keen, personal interest in how major floods have impacted the lives of people across several areas of Donegal,” Mr McHugh said.

“He deserves great credit for the dedication he has shown to properly study the flood risks and take on board the concerns and needs that I personally raised with him.

“Let’s not forget, Minister Moran was the first Government Minister to come to Inishowen last year in the immediate aftermath of the floods, followed by the Taoiseach and six other Cabinet members.

“Hearing and seeing the impact first-hand ensured that these funding announcements were always high on his agenda and I am delighted to have helped secured the commitment to delivery.”

Minister Moran said: “Significant progress has been made today in the advancement of flood relief schemes in Donegal. In partnership with Donegal County Council, I look forward to the delivery of these schemes as a priority for communities in Donegal”.