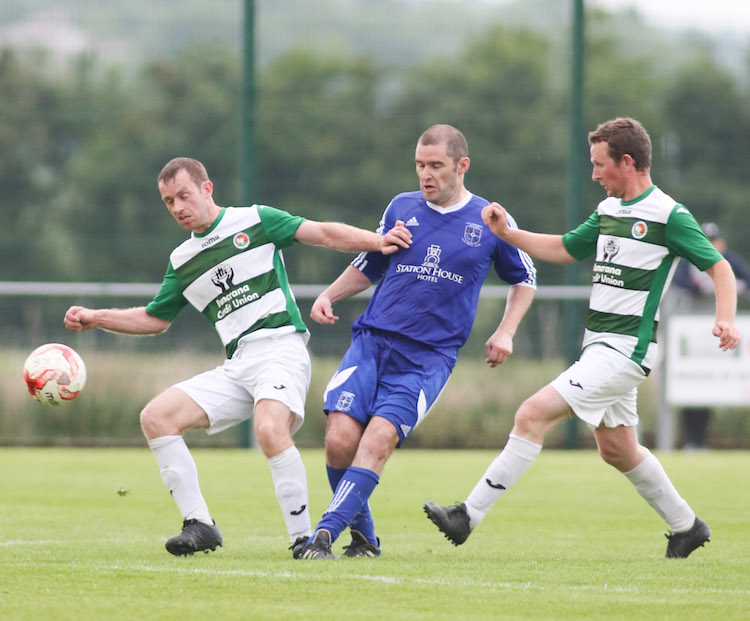 Letterkenny Rovers manager Eamonn McConigley hit out at the late-season scheduling in the Ulster Senior League after his side lost out to Cockhill Celtic last night in the League play-off.

Ronan Doherty and Laurence Toland hit the goals as Cockhill took the prize for another time, but McConigley blasted his team’s hectic end to the campaign.

Rovers reached the semi-finals of the FAI Intermediate Cup and qualified for both the Knockalla Caravans Senior Cup and Donegal News USL League Cup finals.

McConigley says the USL have to ‘sit up and look at themselves’ and was again sharp in his comments regarding the fixtures.

“To be asked to play more than two-thirds of our League in two months, it wasn’t a level playing field,” McConigley said.

“We have to be realistic here. We did very well to get where we did. You can’t play – I don’t care how good a footballer you are – a game every four days for two months and expect to play two finals and a League final.

“The body just can’t take that. The lads just weren’t able to get up for it. Cockhill were the better, stronger and sharper team.”