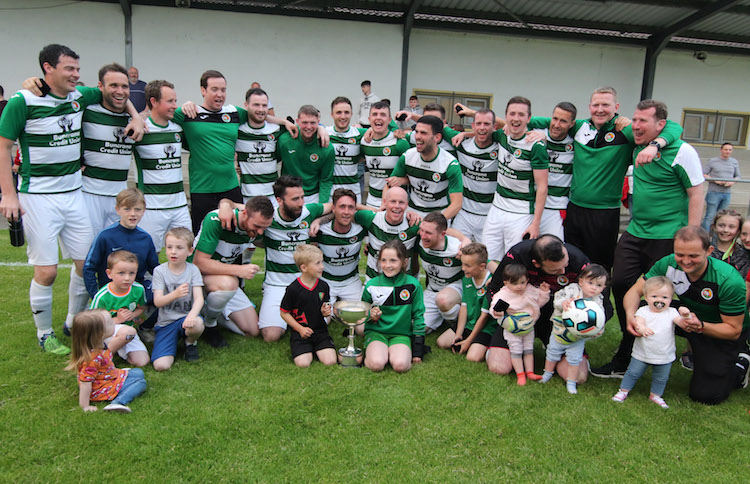 Laurence Toland has been one of the top Ulster Senior League players for the last decade-and-a-half – but last night the Ramelton man collected a first League winner’s medal.

Toland joined Cockhill Celtic last summer and his capture has been instrumental in the Inishowen side landing their sixth successive double.

After scoring twice from the bench on Saturday night as Cockhill defeated Letterkenny Rovers in the League Cup final Toland – who has had a shoulder injury of late – repeated the trick last night.

Just two minutes after coming on, Toland netted Cockhill’s second goal as they overcame Rovers in the League play-off at Dry Arch Park.

“It’s my first season up and have two trophies in the bag. It’s unbelievable.

“The main objective was the League. I’m playing in the Ulster Senior League for 15 years and this is my first title so I’m delighted with that.”