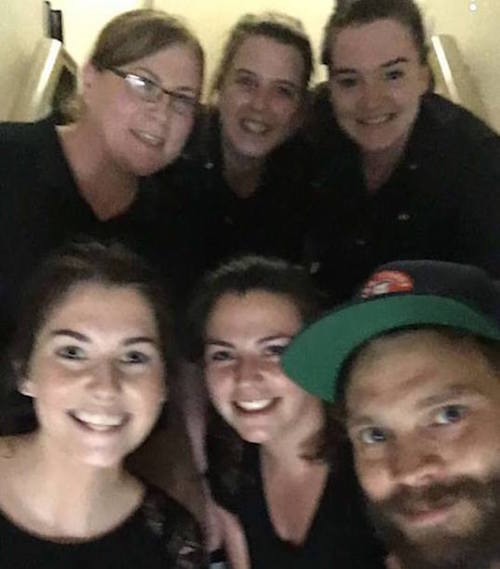 ACTOR Jamie Dornan swapped the Med for a sun-kissed holiday in Costa del Donegal – booking into a luxury hotel with his wife and two daughters.

The ’50 Shades’ actor was joined by wife Amelia and children Dulcie (4) and Elva (2) at the Shandon Hotel & Spa which overlooks the spectacular Marble Hill beach on the Wild Atlantic Way.

Temperatures in the area, just outside the popular upmarket resort of Dunfanaghy, topped 26C today.

The family spent the morning at the beach before taking in the surroundings of Ards Forest Park nearby where Dulcie and Phoebe were able to play on the swings overlooking the beach there.

He was also pictured with delighted staff from Lizzie’s Diner in Dunfanaghy.

Shocked holiday-makers said the happy parents mingled with crowds at the upmarket Shandon including tourists from France, Denmark, Germany, Britain and the United States. 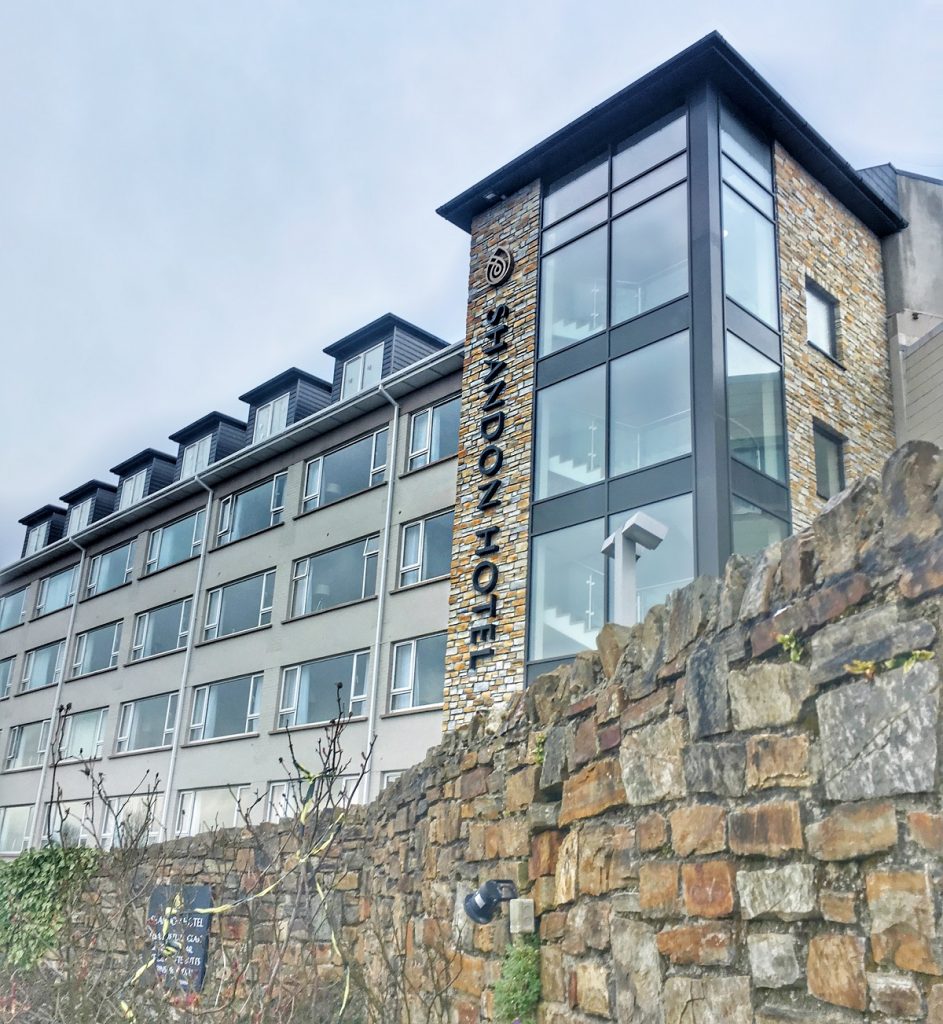 The children were also able to enjoy the hotel swimming pool – as well as stunning views from their family suite.

“Jamie only had eyes for his two beautiful daughters and his wife. They seemed to be having a wonderful time,” said one guest.

“Most people knew who he was but just left them alone to enjoy their holiday.

“They couldn’t have picked a better week to do it either. It was warmer here (at Marble Hill) than it was in Malaga.

“You can’t beat this place as a holiday destination and when the sun shines it’s even more spectacular.”

Dornan (36), the star of TV hit The Fall, has spoken of slowing up his acting career to spend more time with his wife and daughters.

He described being a dad of two girls as “the most magical thing in the world”.
While he wants to continue working he added: “I’m also aware I’m a young father and I want to spend time with my girls so they come everywhere with me which we can afford to do before they start school.”

During their staycation the family also travelled to Derry, stopping off for ‘street food’ at the trendy Pyke N Pommes stall alongside the River Foyle.

Jamie is about to start filming a new three-part drama for BBC Northern Ireland.
‘Death and Nightingales’ is set in Ireland in 1885 and is based on the 1992 hit novel of the same name by author Eugene McCabe.

He will star alongside 21-year-old Dublin actress Ann Skelly who has previously appeared in Red Rock, Little Women and Rebellion.

The BBC is hoping the new drama will follow the international success of The Fall which was shown in more than 50 countries around the world.