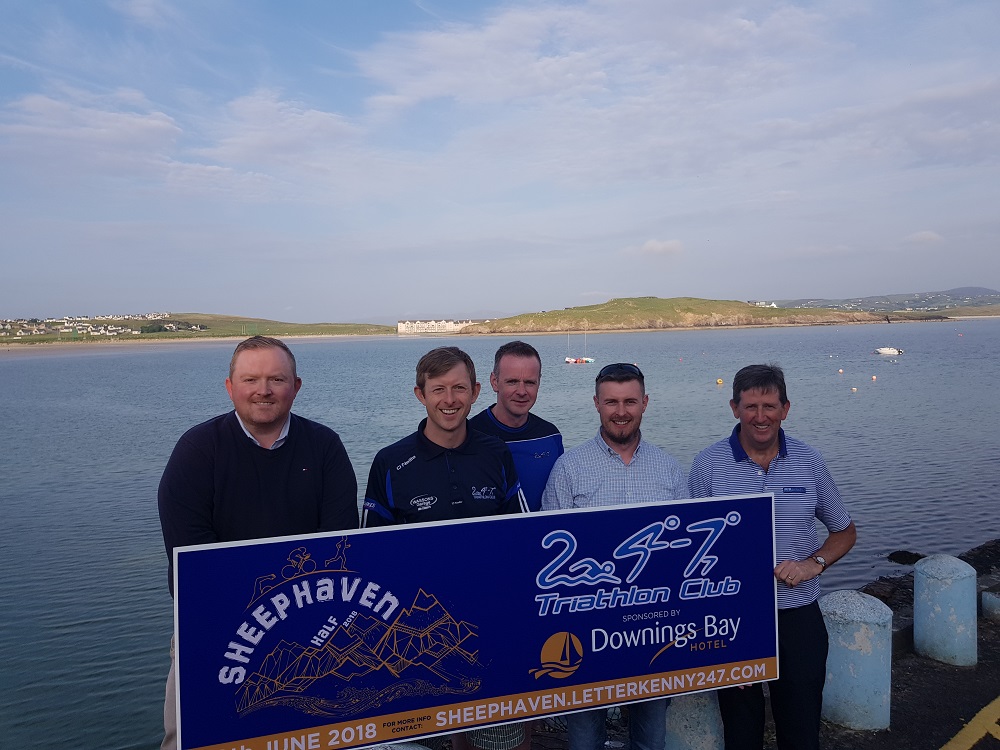 Sheephaven Half to attract top triathletes across the country

Speaking at the official launch of the event on Thursday night Aidan said he is looking forward to the big day: “A lot of hard work has happened behind the scenes over the past 12 months to get this race up and running.

“It has always been a dream of mine to bring a half ironman event to my own county and I am delighted to have been able to do so along with my own club Letterkenny 24/7.

“We are putting the finishing touches to the plans now and we are eagerly awaiting race day.”

Event sponsor Barry Connor of Downings Bay Hotel was also in attendance and is delighted to come on board to support the race. “We are thrilled to be involved in such a big event and are delighted that Downings has been chosen for the half ironman location. We look forward to welcoming competitors and supporters from Donegal and afar.”

Interest for the event has exceeded expectations, so much so in fact the race sold out almost 4 months in advance and the club have been inundated with pleas for additional entries.

A spot on the starting line represents a brilliant opportunity to the 250 athletes who will be coming from all over the country to take part.

The first part of the event consists of a 1.9km swim. Competitors will enjoy a calm and sheltered swim in the waters of Downings Bay before tackling the 90km bike leg which takes competitors along Donegal’s rugged coastline which will of course challenge competitors.

The half marathon (21.1km) run course will take competitors around Downings village and the Island Roy, a mainly flat fast course with a few hills thrown in for good measure- it is Donegal after all.

Sheephaven Half to attract top triathletes across the country was last modified: June 8th, 2018 by Stephen Maguire