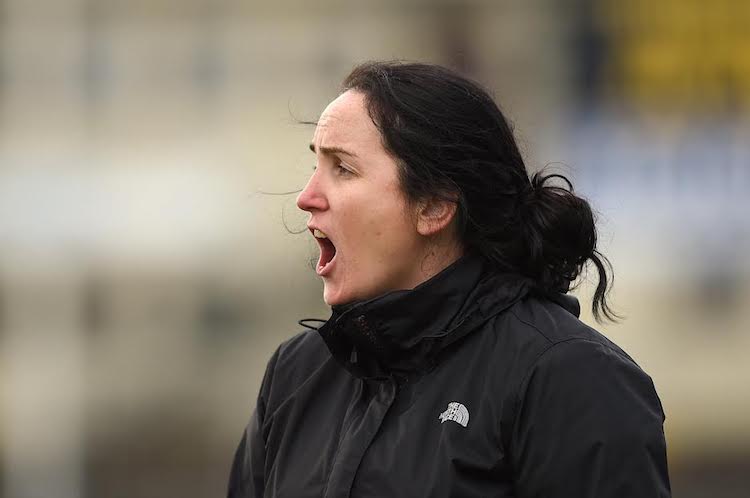 ‘We’re definitely not going in without confidence’ – Monaghan boss Burns

Defeat to Donegal in last year’s TG4 Ulster ladies senior football final still rankles with Monaghan, and according to Farney manager, Annmarie Burns, they are confident of exacting revenge tomorrow when the sides meet in the provincial semi-final at Healy Park, Omagh (7pm).

The prize for victory will be a place in the 17 June final at Brewster Park against Armagh, who accounted for Cavan in last weekend’s opening TG4 Ulster clash of the summer.

Saturday sees the winners of the last three Ulster titles locking horns once more, with both of Donegal’s victories in 2015 and 2017 coming against Saturday’s opponents – although Monaghan’s last win against Donegal came back in a 2014 Lidl National League game.

And while Burns is in her first season in charge of her native county, who were All-Ireland champions in 1996 and ’97, she says she is confident that her side can reach an 11th provincial final in a row, and a 17th decider in 18 years.

“The league probably didn’t go as well as we had hoped but we survived so that was a big thing for us. We wouldn’t like to have gone down to Division 2,” said Burns.

“We have knuckled down the last few weeks and things have gone well. We’re looking forward to the game on Saturday; hopefully everything will go our way.

“While a lot of our girls have been in and around the squad for a long time, we are trying to introduce a few new faces too. It is all about adapting and gelling them in, but we are getting there slowly but surely.”

While county management is to the front of her mind nowadays, Burns still plays for her club Donaghmoyne, with whom she won five All-Ireland club titles.

Wins over Westmeath and Kerry secured their place in the Lidl Ladies Division 1 for a 27th straight season, although a 1-7 to 1-4 loss at the hands of Donegal was a setback. Burns was happy with that performance though, especially considering Monaghan conceded 4-11 when the sides met last summer.

“Donegal is a fantastic outfit. They have a great squad and were probably unlucky last year and could have went on a bit further in the competition.

“You have to tighten up against their forward line. They have a great set of forwards there and you can’t give them any chance at all or they will punish you.

“We are expecting a tight game and one that will go our way, but like the Ulster final last year, if they get a good start it is very hard to get back. So we have to be very cautious in the beginning here.

“We’d be hoping that we can keep them tight like we did in the league. The league game was a good game and we were without a few players. We were happy enough with that performance against them.

“We’re definitely not going in without confidence. Donegal are a great team and they have a great man over them in Maxi (Curran). He knows all the tricks of the trade, but we will be confident enough as well.”