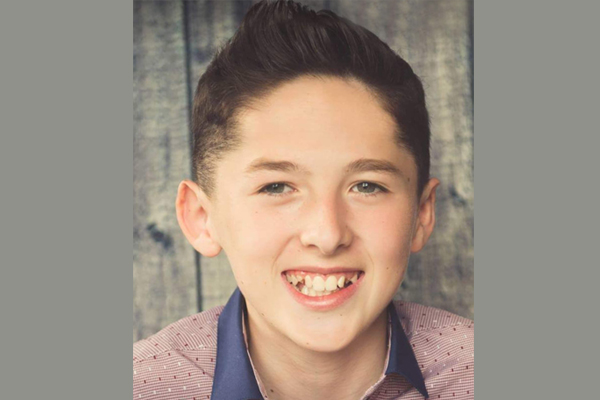 This is the face of the tragic 14-year-old boy who was killed when the car he was driving spun out of control on a dirt road in Co Donegal.

Handsome teen Jamie Doherty had just finished his second year at Moville Community School and was looking forward to a long summer of holidays.

However, the teenager, the eldest of a young family of three boys, died instantly when the car crashed at Tullyally at Upper Clar.

It is understood Jamie had taken the old car from his home outside Moville, a couple of miles away, and driven it up to the dirt road on Friday just before 5pm.

But between 5pm and 6pm, Jamie lost control of the vehicle and was killed instantly.

Jamie was the only person in the car at the time and no other vehicle was involved.

Pictures of the car show it turned over on its side.

Garda forensic examiners were at the scene at first light this morning (Sat) trying to establish exactly what happened in the moments before the popular lad lost his life.

A neighbour close to the scene where Jamie perished said that the roadway was often used by young lads driving old cars.

The man, who asked not to be identified said “It’s a terrible shame that a young lad was killed like this.

“I see them on this road quite often. It must be a place where they come just to drive around.

“It’s tragic. In fairness to the lad, he was doing nobody any harm but adults more than children know how dangerous cars can be.”

Jamie’s remains were taken to Letterkenny University Hospital last night (Fri) and a post-mortem is expected to take place later today on his remains.

His mother and father, Shane and Evelyn were today being comforted by their many neighbours and friends still in shock by the tragedy.

The tragic teenager also leaves behind two younger brothers whom a family friend said he just “doted on.” 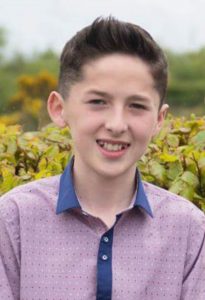 Social media sites show pictures of the three brothers all in happier times including heartbreaking pictures of Jamie making his confirmation three years ago.

“This was just a terrible accident and I would like to offer my sympathy to the Doherty family.

“This is every parent’s worst nightmare and I know that the Doherty family are such a decent family and so well respected in our community.

“There is an eerie feeling in the town today and people simply cannot get over that something like this has happened,” he said.

Principal of Moville Community School, Anthony Duggan, said the ‘Critical Incident Team’ from the school are meeting at 2.30pm today to put a plan in place for the entire school community.

He added that after that a statement on behalf of the school may be issued.