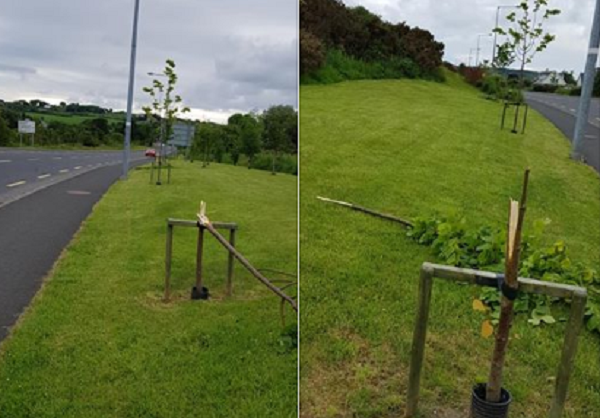 Disgraceful destruction of Carndonagh trees is ‘attack on community’

Anger and uproar spread through Carndonagh at the weekend after locals woke up to find a number of trees torn down by vandals in the night.

This incident is all too familiar in Carndonagh, where 14 trees were broken in the same area in January. 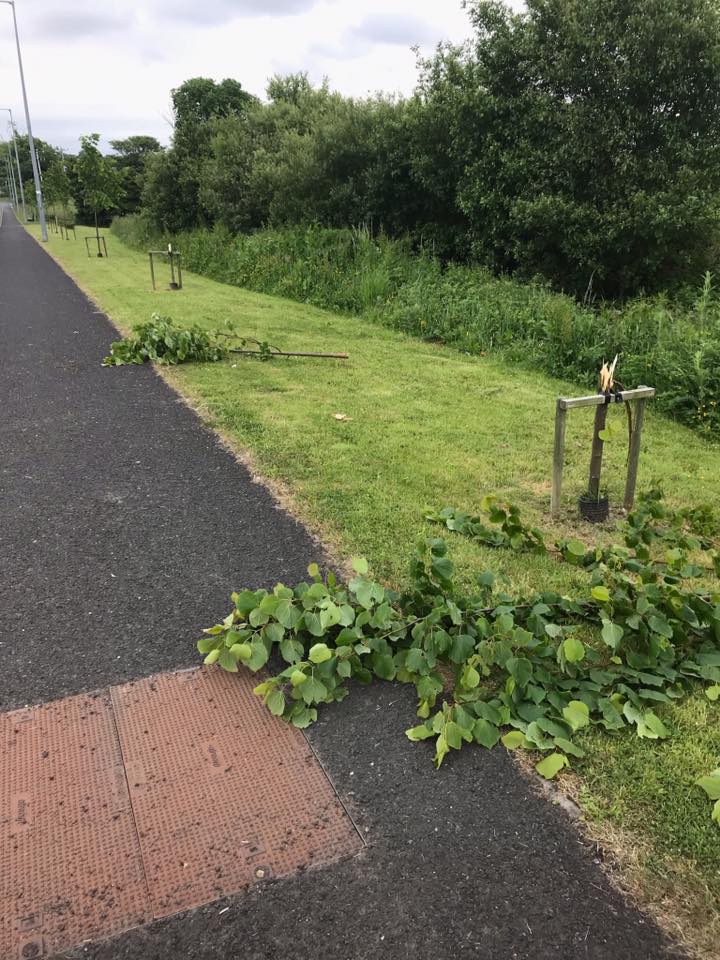 Cllr Albert Doherty told Donegal Daily: “The anger in the area is palpable as a result of this act being revisited, especially as we come into the Tidy Towns inspection period.”

Cllr Doherty said the vandalism occurred just 200metres from the local garda station, and the act represents a need for more local policing.

“Today, do we talk about the actions of the weekend or the response? We need to see a visible garda presence in and around Carndonagh. This is an attack on the community and on local policing,” he said. 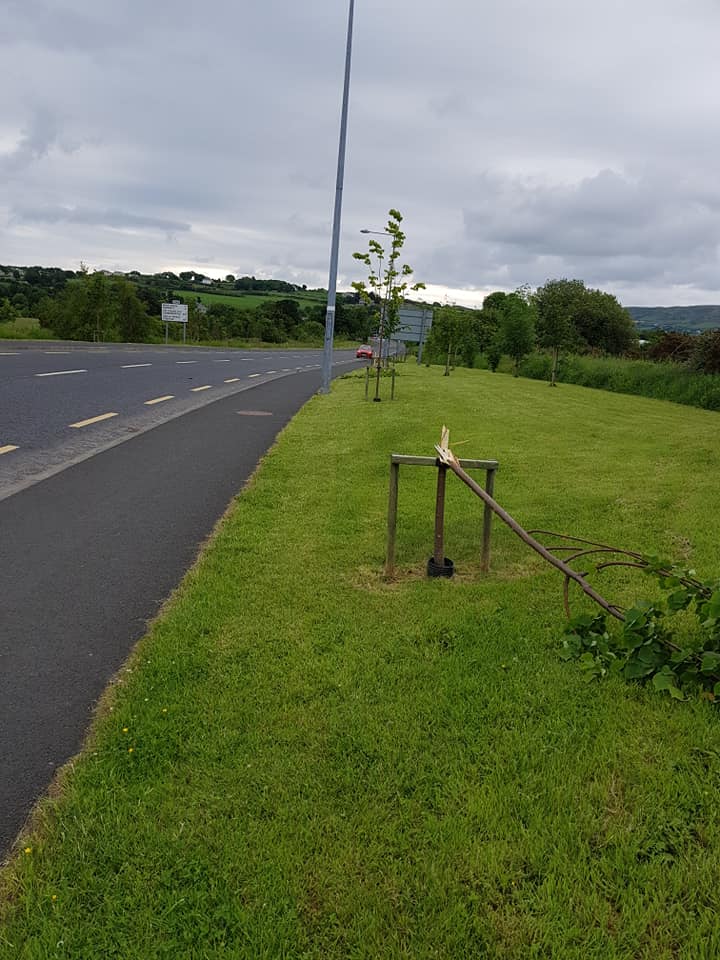 The Carndonagh Tidy Towns group will now have to redouble their efforts to restore the site after this act, which locals have described as ‘disgraceful’ and ‘disgusting’.

Cllr Martin McDermott has also criticised the act, saying: “The tidy town group in Carndonagh have done fantastic work around the town and don’t deserve this type sick act.

“If anyone has seen anything last night please contact Carndonagh Garda station.”