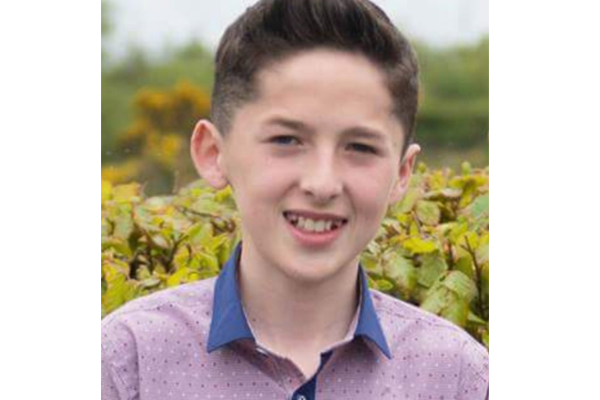 Jamie Doherty, the 14-year-old who was killed in a car crash on Friday evening in Inishowen, will be laid to rest on Thursday.

Jamie Doherty, the eldest of a young family of three boys, died instantly when the car he was driving crashed near his grandparents’ home at Tullyally, Upper Clar, Redcastle.

The accident happened just before 6pm on Friday.

Buncrana-based Garda Superintendent Eugene McGovern has appealed for any witnesses, who may have seen the car, between 4.55pm and 6pm, to come forward to the Gardaí.

Jamie’s remains were taken to Letterkenny University Hospital on Friday night and a postmortem took place at the weekend.

This afternoon, Jamie’s remains were removed to his home at Claggan View Cottage, Terryrone, Moville.

His Funeral will take place at 11am on Thursday in St Columba’s Church, Ballinacrea followed by burial in the adjoining cemetery.