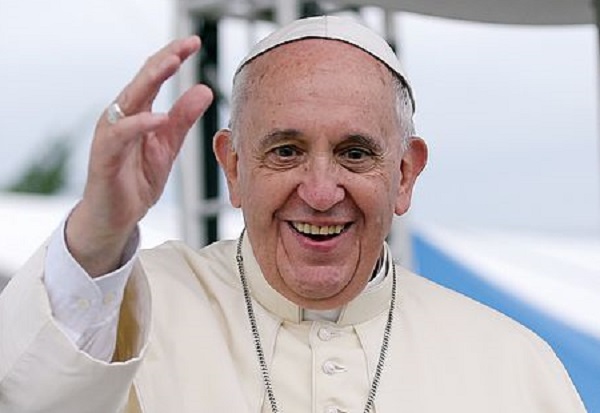 After much speculation, it has been confirmed that Pope Francis will visit the Shrine of Our Lady of Knock in Co. Mayo during the World Meeting of Families 2018.

The Vatican has today announced the full itinerary of Pope Francis’ pastoral visit to Ireland for the 9th World Meeting of Families in Ireland on 25 and 26th August.

The Pope will fly into Knock Airport on Sunday, August 26th to visit the Chapel of Knock Shrine at 9.45am. He will circuit in the pope mobile and pray the Angelus at the Apparition Chapel before departing from Knock Shrine at 11.15am.

Pope Francis will celebrate Mass at Phoenix Park in Dublin on Sunday afternoon at 3pm. Up to 600,000 people are expected to attend the open air Mass.

Almost 30,000 people have already registered for the World Meeting of Families. This is the largest of any WMOF and people are being encouraged to register soon for events at the RDS and Croke Park.

“I warmly welcome the announcement this morning of a papal visit to Knock which is a very appropriate link with the World Meeting of Families which takes place in Dublin on 25 and 26 August.”

Archbishop Neary explained the significance of the Papal visit to the Mayo site, where a miraculous apparition was recorded in 1879.

“One of the most beautiful sights at Knock is to see families, sometimes the three generations praying and enjoying the peace and tranquillity of the Shrine.  The Apparition at Knock was family apparition incorporating Our Lady, Saint Joseph, Jesus as the Lamb of God, and John as representing the extended family.

“The Holy Father’s personal devotion to Mary, the Mother of God, is well known, and his visits to the Basilica of Saint Mary Major before and after his various apostolic journeys are powerfully inspirational.  It seems to me that an opportunity to visit Knock is something the Holy Father personally desires.

“It will be the second time a Pope visits Knock Shrine following the historic visit of Saint Pope John Paul II on 30 September 1979 to mark centenary of the Apparition.”

See the homepage of www.worldmeeting2018.ie for the full Programme of the Pastoral Congress for the World Meeting of Families.