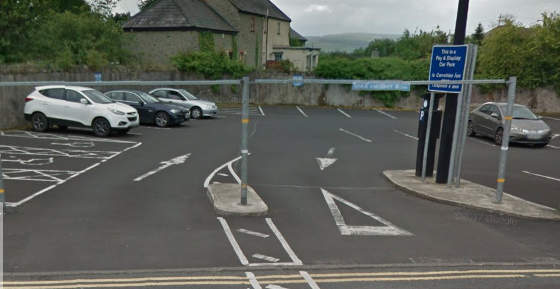 The outgoing mayor of the Letterkenny Municipal District, Councillor Jimmy Kavanagh, has welcomed confirmation that the Council is to open up the car park at the Old Mart in a bid to curb anti-social activity.

Councillor Kavanagh highlighted how the car park had to be closed one morning recently due to the volume of broken glass on the ground.

“I’m worried that it’ll get worse in the summer and I’d worry about people walking past,” Councillor Kavanagh told the June meeting of the Letterkenny MD.

“We don’t want it getting the name of being a den for anti-social behaviour.

“It’s an area that is walled in and something waiting to happen.

“I don’t want it get the name of being a den for anti-social behaviour. There was a big campaign to keep the site in public ownership and important we don’t want to allow it become something like that.”

Councillor Michael McBride added: “We should advertise it more as an option for people got work in the town. As far as I’m aware, it’s the cheapest car park in Letterkenny.”

The Council confirmed that it is already looking at plans to replace the existing wall with a fence and noted that it was ‘feasible’.