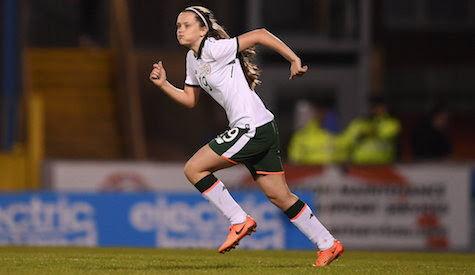 Caroline Graham Hansen scored the only goal of the game as Norway quashed the Republic of Ireland women’s hopes of reaching the 2019 World Cup.

Hansen scored from a penalty on 25 minutes as Norway defeated Colin Bell’s side 1-0.

Norway defeated Ireland 2-0 in Tallaght on Friday and they just edged the Girls in Green here.

St Johnston’s Tyler Toland started in midfield for Ireland while Milford’s Amber Barrett came on as a substitute in the closing stages.