Donegal community groups were shocked and disappointed to be denied funding under the recently announced Ability Programme by Pobal, which funded by the Department of Employment Affairs and Social Protection.

Pat the Cope has labelled the allocations as a ‘scandalous case of naked regional imbalance’ and called on Taoiseach Leo Varadkar to review the funding distribution to ensure better equality for all regions of Ireland.

Over €16 million was announced last week covering 27 projects nationwide, but no project was approved in the northwest or within the Border counties. 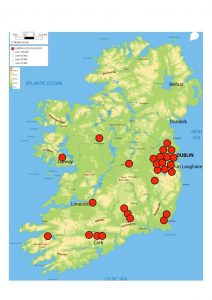 Pat the Cope said: “This is a scandalous case of naked regional imbalance and again demonstrates clearly to us all the complete failure of this Government to rural proof its policies or indeed its funding announcements.”

The Donegal deputy expressed his shock at the failure by the Government to include the Bluestack Foundation’s joint application in conjunction with Icare and Extern.

“These three organisations do excellent work on behalf of their respective groups and work tirelessly for those which avail of their services, the Bluestack Foundation also took time out to meet with the Minister for Disabilities on two separate occasions but to no avail their pleading for funding and assistance has fallen on deaf ears.

“I have witnessed first-hand the sheer work that is involved in keeping these voluntary organisations going on an annual basis, furthermore the work they undertake saves the state millions each year by them providing the services that the state should otherwise provide,” Pat the Cope said.

Pat the Cope called on the Taoiseach Leo Varadkar to personally undertake a review of the decision and provide the necessary equal funding to all regions and in particular Donegal.

In his reply, the Taoiseach undertook to liaise with Minister Regina Doherty on the matter and revert back to Deputy Gallagher.

“I for my part will continue to raise this issue with the relevant Department in order to restore balance and fairness to this funding programme,” concluded Pat the Cope.