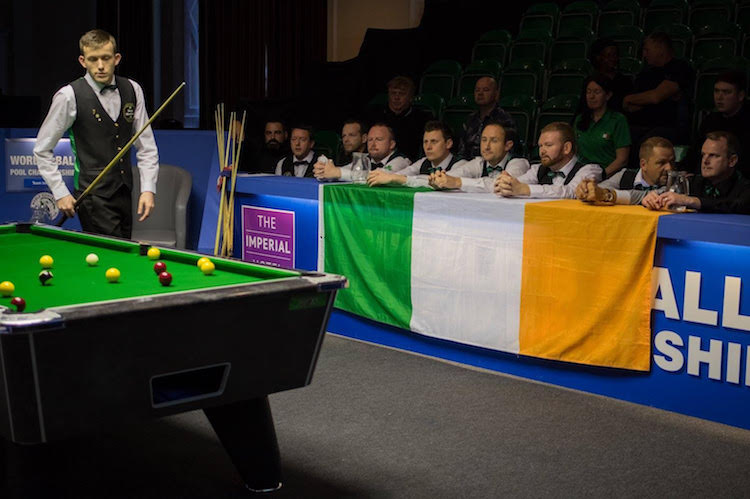 Shaun Sharkey, Dungloe, has been given the prestigious task of captaining the Irish team at the upcoming World Championships in Blackpool, which start on June 20.

At 26, Shaun is the youngest player in the team but has already amassed a wealth of experience on the international stage and has been a stalwart of the team for a number of years.

He was Ireland’s man-of-the-match at the recent European Championships where he and his team fell agonisingly short at the final hurdle against England. In the singles competition he was also a beaten semi-finalist in the 2017 event.

Well known for his competitive qualities on the green baize, Shaun has long demonstrated unique leadership qualities in team events.

He recently captained Owenies Bar to their second county title in three years (and also captured his fourth individual title in five years) and last year led to them to victory in Ireland’s most prestigious pub team event.

He has also captained Donegal teams to back-to-back Ulster titles.

Shaun’s vociferous and effusive support of his teammates is well-known throughout the Irish cue-sports scene but even he admitted that he was “rendered speechless” when telephoned with the news of his captaincy.