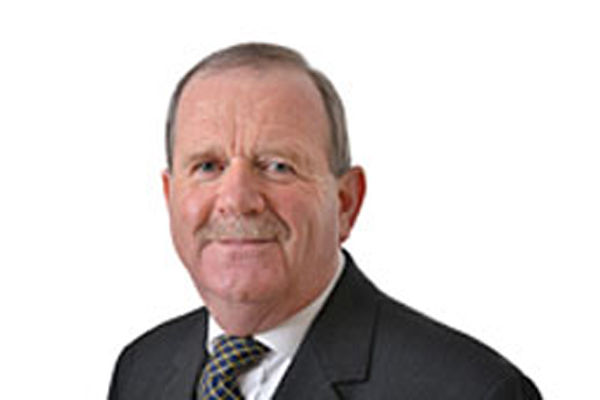 Councillor Martin Farren has been elected as the new Mayor of the Inishowen Municipal District.

The Labour councillor, who is a born and bred Inishowen man, took over the reins from Sinn Fein Cllr Jack Murray.

An exciting year awaits Cllr Farren, beginning with one of the biggest events the region has ever seen – the Dubai Duty Free Irish Open.

“It is a great honour to be given the opportunity to become Mayor for the year and to chair as Cathaoirleach,” Cllr Farren told Donegal Daily.

“I’m really looking forward to the year ahead. We have the Irish Open and the Clipper Challenge taking place in July. A lot of emphasis will continue to be put into tourism and I’m looking forward to working with senior management and staff on the ground on this.”

The unanimous vote at this week’s AGM also saw Cllr Martin McDermott of Glengad being installed as Deputy Mayor of Inishowen.

Cllr Farren said he is looking forward to working with Cllr Martin McDermott, along with all councillors in the MD.

The Moville man counts being Cathaoirleach of his home district as an immense privilege. He was first elected to Donegal County Council in 2009, and served as Deputy Mayor of Donegal from 2012-13.

“I just love Inishowen, the beauty of it and the people,” Cllr Farren said.

Cllr Farren pointed out that summer will be a once-in-a- lifetime opportunity for Inishowen to be at its best for a global audience when the Irish Open takes place.

“I want to congratulate the Ballyliffin Golf Club in securing the Open. We have to think of the opportunity we have now. 550 million people will be watching worldwide. I’m hoping the weather is good to show off the beauty of the peninsula and that people will be encouraged to visit.

“Donegal County Council have really pushed the boat out on infrastructure work and have to be congratulated on the tremendous work put in to make Inishowen ready for the event.”

Other topics Cllr Farren said he will focus on this year are employment and trade.

“Inishowen is a rural area and we’ve always depended on our fishing and farming industry. It’s important, not just to me but all representatives, that we do as much as we can to enhance the industries as much as we can.”

Cllr Farren added that his appointment as Mayor has not only been a personal achievement, but an honour for his family too.

“I will work hard and do my best in the year ahead, and hopefully I will do the peninsula proud.”