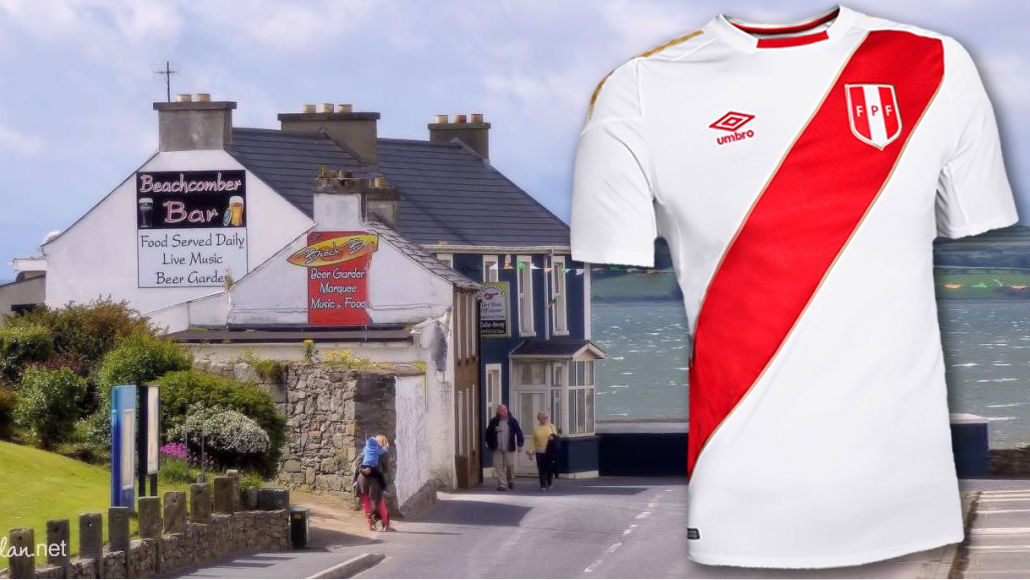 Why Rathmullan will roar Peru on at the World Cup

The town of Rathmullan has decided to rejoice in numbers and get behind the Peruvian national team for the World Cup in Russia which starts this Thursday.

With Ireland failing to reach the tournament Rathmullan decided it would have to adopt another nation to support. Parish priest Fr Martin Collum spent 15 years working in Peru and suggested the idea of supporting the South American country.

Fittingly, Peru will face Denmark in their first group-stage clash so it’s likely that most of Ireland will be behind them. Fr Martin Collum said that Rathmullan will turn completely red and white for the weekend. “We’re taking on Peru, we wanted to support some team over the summer and I thought they would be a good fit.

“They beat New Zealand 2-0 in the last play-off game and they were the last of the 32 teams that got their names in the draw for the World Cup.

“I thought then after that result that we had to try and support them as best we could. I also had a big connection with the country itself so that made the decision even easier.”

The response so far in Rathmullan to the decision has been nothing short of phenomenal. Over 150 Peruvian jerseys have been made and sold and Fr Martin has been appointed as the chairman of the Rathmullan Peru supporters club.

The Denmark match kicks off at 5 o’clock on Saturday evening with Rathmullan expected to be very busy in anticipation for the vital contest.

The actions of the Rathmullan Peru supporters club have not gone unnoticed. A visit from the Peruvian counsel will take place before the Denmark game. Alberto Gonzales will make the trip from the Peru embassy in Dublin to Donegal and is expected to be in the Beachcomber Bar in Rathmullan for kick-off.

Gonzales as well as those travelling with him will be greeted with a meeting in the village square at 3 o’clock where the Peruvian flag will be raised before the game.

“The flag will stay up for as long as Peru are in the World Cup and hopefully they go very far in the tournament. We might never take it down if they win it.

“We’ll be sure to give a good welcoming to all those travelling to Rathmullan for the event and we will definitely create an atmosphere for the match,” said Fr Martin.

Why Rathmullan will roar Peru on at the World Cup was last modified: June 14th, 2018 by Stephen Maguire
Tags:
donegalPeruRathmullanWORLD CUP