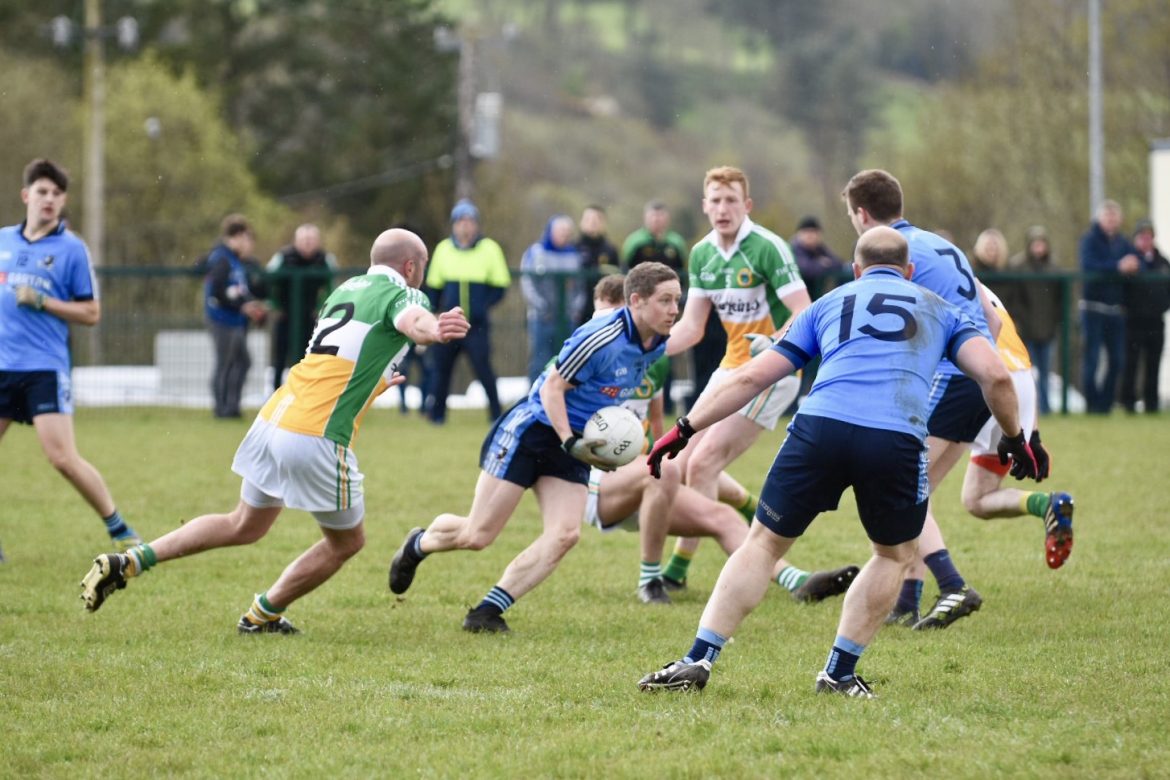 Once again Division one of the All County league throws up some interesting fixtures with five matches taking place this weekend.

With most sides now having reached the mid-way point of the campaign the league is panning out a little more clearer than how it was. One thing remains is that it has so far been a very competitive league with some of the teams down at the bottom causing some relative shocks and taking points off those above them.

The first match of the weekend will take place on Saturday evening at The Bridge, Dunfanaghy. St Michael’s will host St Eunan’s in a clash between two old foes that the home side will really be looking to get a result from. St Michael’s sit third from bottom on six points and have struggled in the last few games without the services of Michael Langan. It’s been five games since they last got a point and that was in the draw with Cloughaneely. St Eunan’s on the other hand sit top of the division but there are teams behind them who have games in hand. The Letterkenny man have so far been fairly consistent winning seven out of the nine games that they have played.

Kilcar welcome Gaoth Dobhair to Towney on Sunday in what is an encounter that is likely to feature a lot of drama. The fixture between these two earlier in the season wasn’t played due to arguments surrounding the pitch. Both are on the tails of St Eunan’s at the top which make the stakes even higher. Both sides will be missing a number of county players but this one is expected to be very tight regardless as victory would offer a very good chance of claiming top spot come the end of the season. Gaoth Dobhair were given the points for the game earlier in the season that was postponed but Kilcar have appealed this so the result of that fixture is yet to be determined.

Cloughaneely travel to Father Tierney Park for their clash with Aodh Ruadh knowing that it will be a crunch encounter for both sides. Aodh Ruadh sit a point behind their opponents on five points having drawn their last game with Glenswily. Cloughaneely are on a run of two losses in a row with their last victory coming against Aodh Ruadh. Both sides will welcome back their U20 players with Cloughaneely being able to call on Jason McGee as well as Ciaran McFadden and both Shane McGrath and Nathan Boyle returning for Aodh Ruadh. Both teams have done relatively well this year and the importance of this clash cannot be doubted in the slightest.

Dungloe entertain Milford in what is another must win clash for the home side. They got their first points of the season against Aodh Ruadh a few weeks back and although they lost against St Eunan’s last week they will be trying to add to their solitary two points. Milford had a brilliant victory against close rivals Cloughaneely and now sit sixth in the table on seven points. A loss for Dungloe would make it very difficult for them to get out of the relegation battle so a good battle can be expected on Sunday.

Glenswilly host Naomh Conaill and will be looking at the game as vitally important as a win would almost certainly secure them safety from relegation already. They will however know that their task will be very difficult as this Naomh Conaill squad have been very consistent over the past few years. Although they will be without Ciarán Thompson, Leo McLoone and Anthony Thompson there is no doubting the Glenties men will still be able to field a very strong squad. Glenswilly will be without their talisman Michael Murphy but they also have a lot of quality players available and it’s sure to be a tight and competitive match.

All games will take place at Sunday at three o’clock bar the St Michael’s and St Eunan’s match which starts at half-seven on Saturday evening.