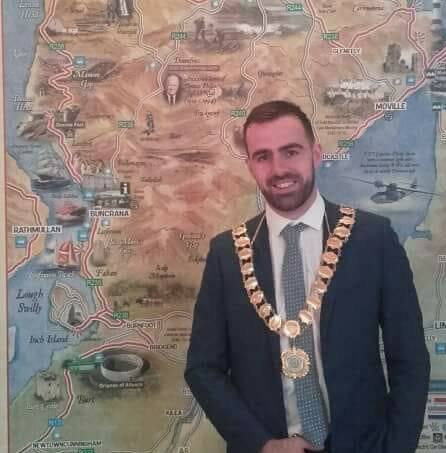 Inishowen Sinn Féin Councillor Jack Murray has said that the creation of a Buncrana Electoral Area should be reflected by redirecting services back into the former Town Council offices.

The Local Electoral Area Boundary Committee published its review report last night to suggest a split of the Inishowen Municipal District. Separate electoral areas of Buncrana and Carndonagh have been recommended for the peninsula.

The recommended electoral divisions in each area are:

Speaking after the publication of the boundary commission report, Cllr Jack Murray said; “I am happy that the Inishowen Municipal District will remain in place and that the Fine Gael proposal; to move Inch Island and everything south of it, into the Letterkenny area has been rejected.

“This means that the population of Inishowen will continue to be represented by councillors with a natural focus on the peninsula, rather than those who will be focussed on the urban area of Letterkenny.

“I am mindful however, that Inishowen has been split in two and a Buncrana Electoral Area has been established. I now believe that this warrants the redirection of services into the former town council offices – where they have been significantly reduced in recent years.

“Buncrana is the second largest town in Donegal and the people of this town – and those in all of south Inishowen – should have the full access to services they require.

“We now need to undo the scaling back of services in Buncrana and to restore the town council offices back to where they were before the Urban Council was abolished.”