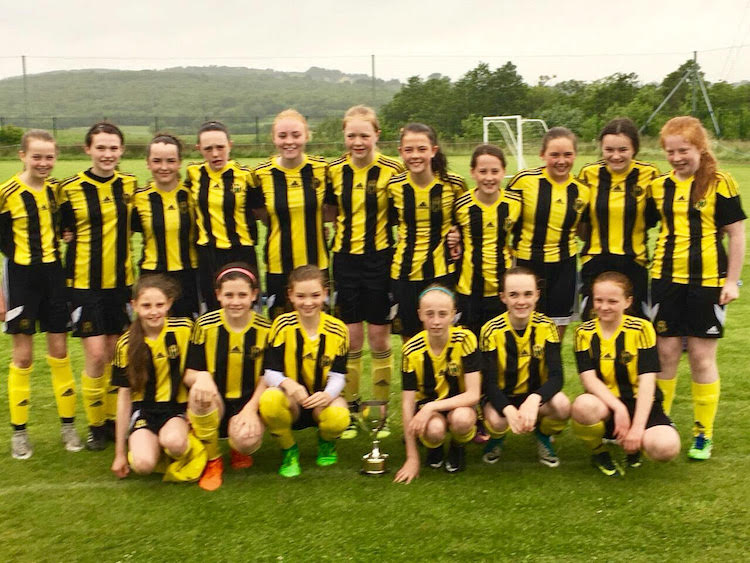 This was an absorbing contest from start to finish with Illistrin U14s securing the vital point they needed to secure a first league title in the Donegal Women’s League.

The home team started brightly aided by a strong wind.  However, this did make football more difficult on the night.  Kaitlyn Doherty was lively on the left wing and almost opened the scoring when released by the impressive Maria Kealy but for some good pressure from the Kilmacrennan defenders.

Jodie McFadden was also causing problems with her strong runs but was unlucky on a couple of occasions that she didn’t score after some good build up play from Aobha Harrigan and Marie Rushe.  Siobhan Cameron was defending very well at the heart of the Kilmacrennan defence.

Sarah McGinley came on in the 20 minute and almost immediately opened the scoring after a great run.  Illistrin’s corner count ran into double figures at one stage in the first half but credit to the Kilmacrennan defence and keeper who stood firm.

The Kilmacrennan forwards almost caught Illistrin on the counter attack after some misplaced clearances feel their way in the tricky conditions. Aoibhin Randles in the Illistrin goal was dealing well with the slippy ball and Meabh Devenney was strong at left back. 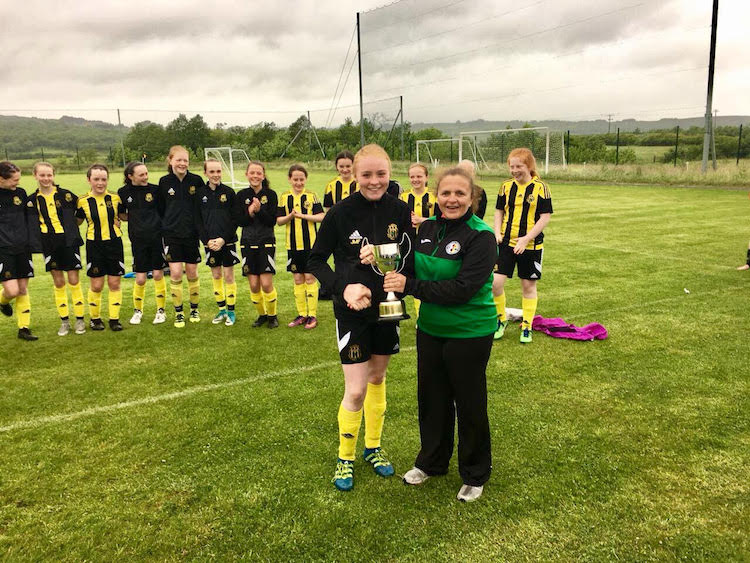 Illistrin continued to force the issue in the second half and Leanne McGettigan raced through but the Kilmacrennan keeper saved well and Jodie McFadden was unlucky with the rebound with the goal at her mercy.

At the other end a couple of long range efforts and frees were testing for the home keeper Aoibhin Randles but she was well supported by young Darcey Kelly and the reliable Erika Gallagher.

Nicole McDaid switched to the left wing for Illistrin and was penetrating into the heart of the Kilmacrennan defence but they still couldn’t find he breakthrough. She was well supported by Myah McBride who was having a great game.

Catherine Black’s long range effort almost caught the Illistrin keeper out but she reacted well to the high bounce much to the relief of her teammates.

Ciara Molloy added a bit of pace to the Ilistrin attack but they still couldn’t find an opening.  Nevertheless the young home team  showed great maturity to earn the crucial point that means Illistrin have their first league title in the Donegal Women’s League.  A huge effort by the team all season and they played some excellent football throughout without conceding a goal. Well done to everyone involved.

Paula Irwin, on behalf of the Donegal Women’s League, was there to present the Cup to Ilistrin FC captain on the night Jodie McFadden.