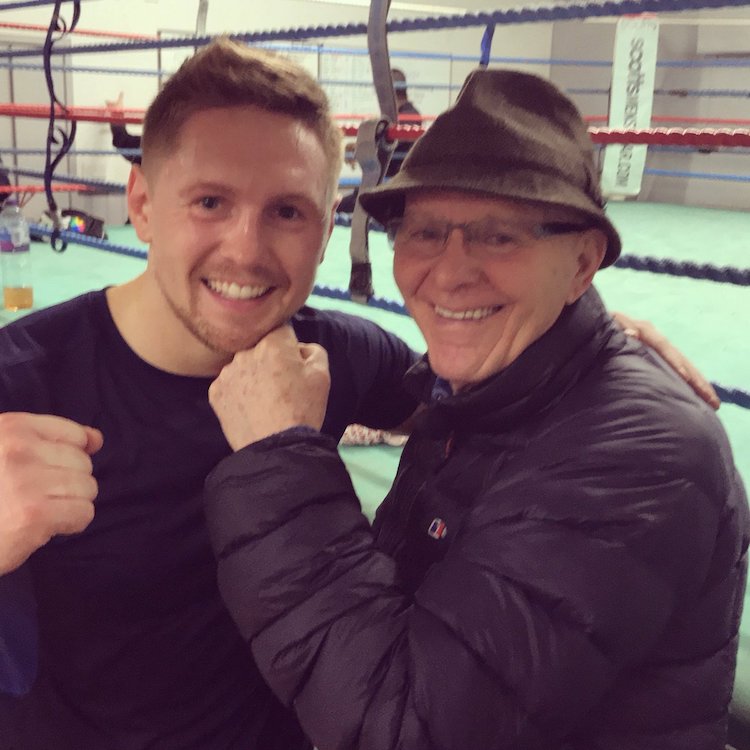 Brendan Ingle was born and reared in Dublin, but made his name at his Wincobank gym in Sheffield, where he trained four world champions, including ‘Prince’ Naseem Hamed and Johnny Nelson.

Unbeaten Quigley (14-0, 10KOs) is now based in Sheffield, where he trains under Brendan’s son, Dominic Ingle.

Quigley linked up with Ingle in December and got to know Brendan in his latter days and months. Brendan Ingle died last month at hospital in Sheffield, aged 77, after a short illness.

“I obviously didn’t know Brendan too long – only for a few months – but he and his wife would be in the gym, every morning to say hello,” Quigley said.

“Brendan would sit there and take everything in.

“In the evening, he would call by and if there weren’t too many left in the gym, we’d have on the Dubliners. We’d have sang away while I stretched, but I only had that privilege a couple of times.

“I would have loved the opportunity to have known him in his prime.

“Brendan loved asking me about Ireland and telling me stories about growing up in Dublin. He was such a pleasant, caring and genuinely good man.”

Quigley said: “He shook up the boxing world.”