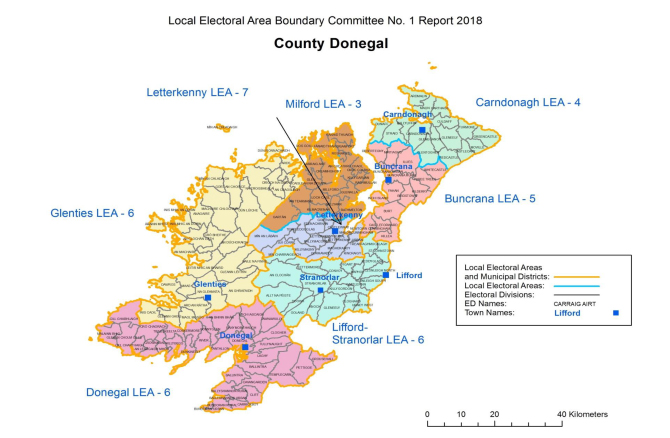 The Local Electoral Area Boundary Committee has recommended that Donegal should be divided into seven Municipal Districts.

The changes would see Donegal’s 37 elected council members being divided between the districts. See the recommended representative numbers in the table below: 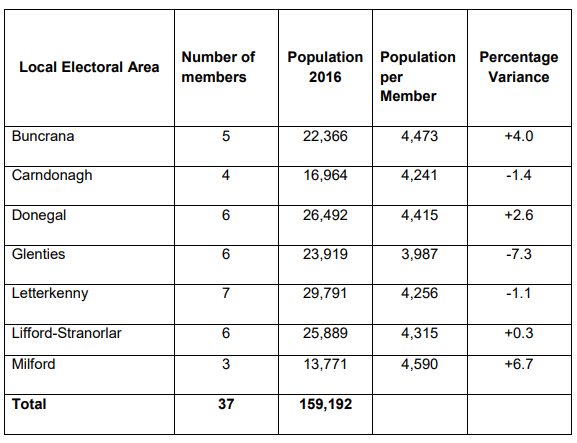 The Local Electoral Area Boundary Committee was set up by the government in 2017 to independently review and make recommendations on the division of local authority areas. Committee members included Ms Virginia McLoone, Former Senior Executive Officer with Donegal County Council.

Twelve submissions were received in respect of Donegal, which were carefully considered by the Committee and provided a valuable contribution during the deliberative process.