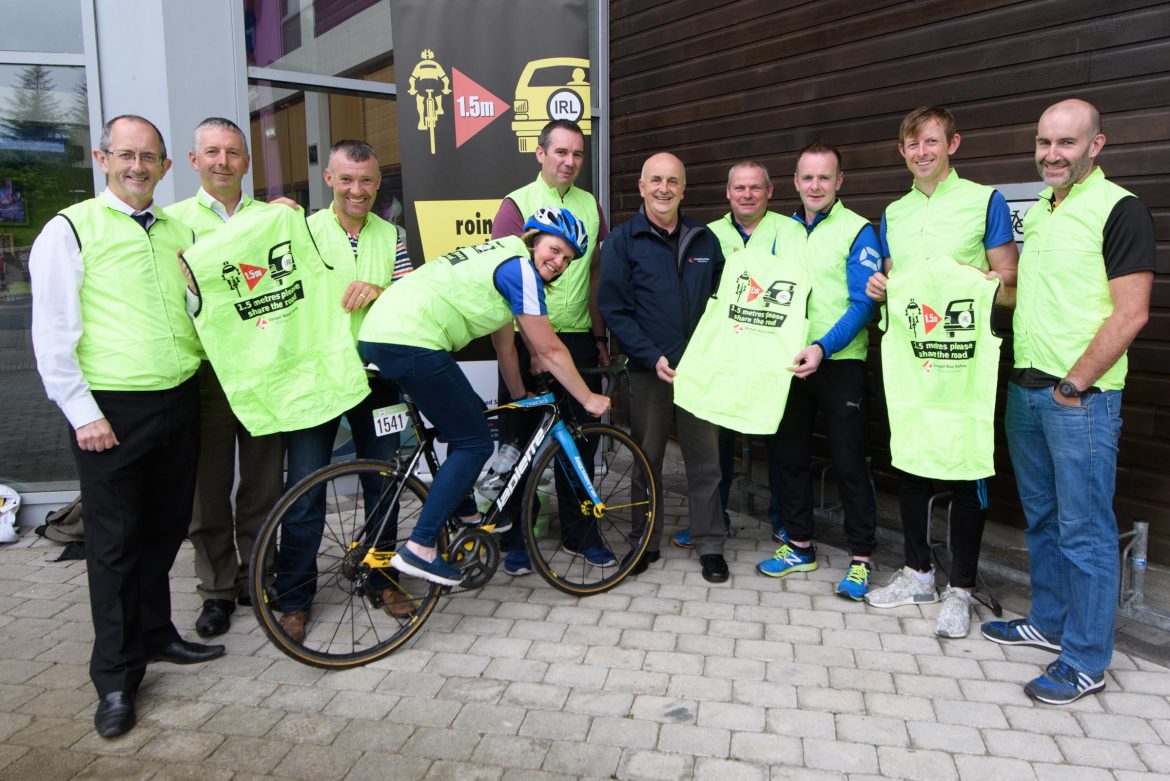 Following research and discussions with local cycling clubs the DRSWG have had cycling gilets manufactured in high viz material with the logo ‘Please Share the Road’ printed on the back of the gilet which will be clearly visible to motorists overtaking cyclists.

These gilets will be distributed to cycling clubs as part of the campaign with the central message being “Let’s Make cycling safer”. 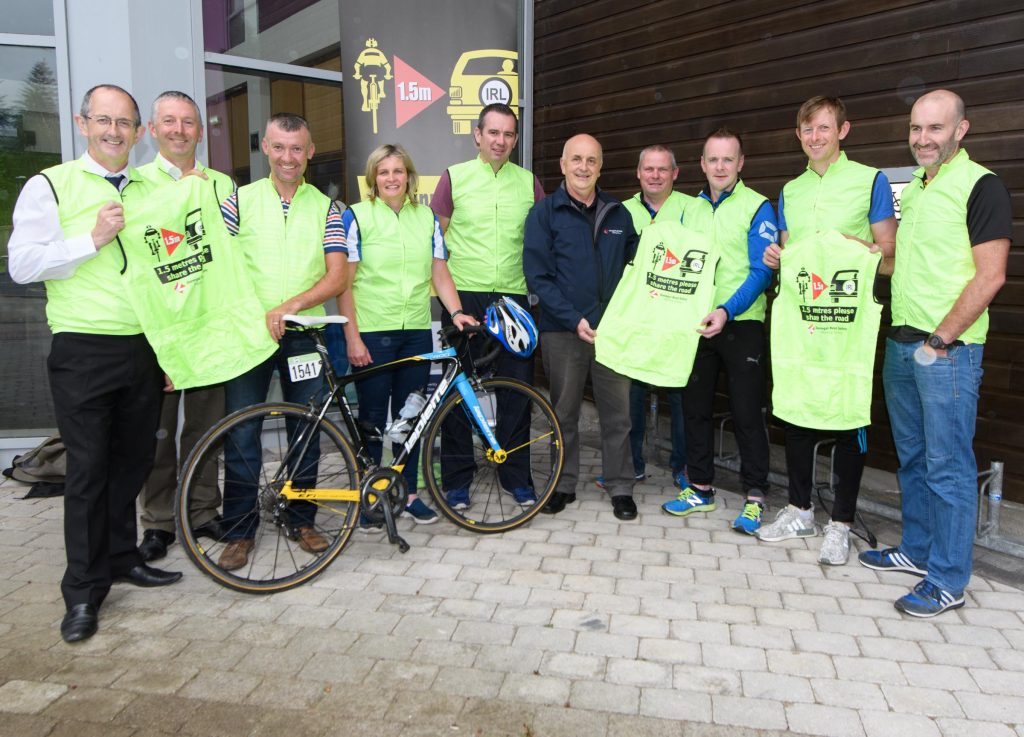 Brian O’Donnell, Road Safety Officer said “The DRSWG has taken the initiative and introduced the high viz gilet in the hope that as many cyclists as possible wear them. We have done this because there is reluctance among some cyclists to wear yellow high viz gear over their jerseys.

“The number of fatalities and serious injuries, even minor injuries involving cyclists is increasing and we would like to shift the mentality and attitudes of cyclists to encompass their own safety and take their own safety on board.

“While there is bad behaviour by both cyclists and motorists, it is an unequal relationship. The driver is protected by the vehicle while the cyclist is exposed.

“Cyclists need to be clearly visible and the distribution of high viz cycling gilets is a step in the right direction to help protect cyclists on the road. We have had very positive feedback from the cycling clubs and the clubs are willing to come on board and promote the idea with the tops being distributed with the assistance of the cycling clubs.

“The timing of the launch is also appropriate being National Bike Week this week and we hope to encourage as many as possible to wear the cycling gilets. Motorists, cyclists and pedestrians all need to share the road safely. We should all respect each other’s space and ensure that everyone stays safe.”