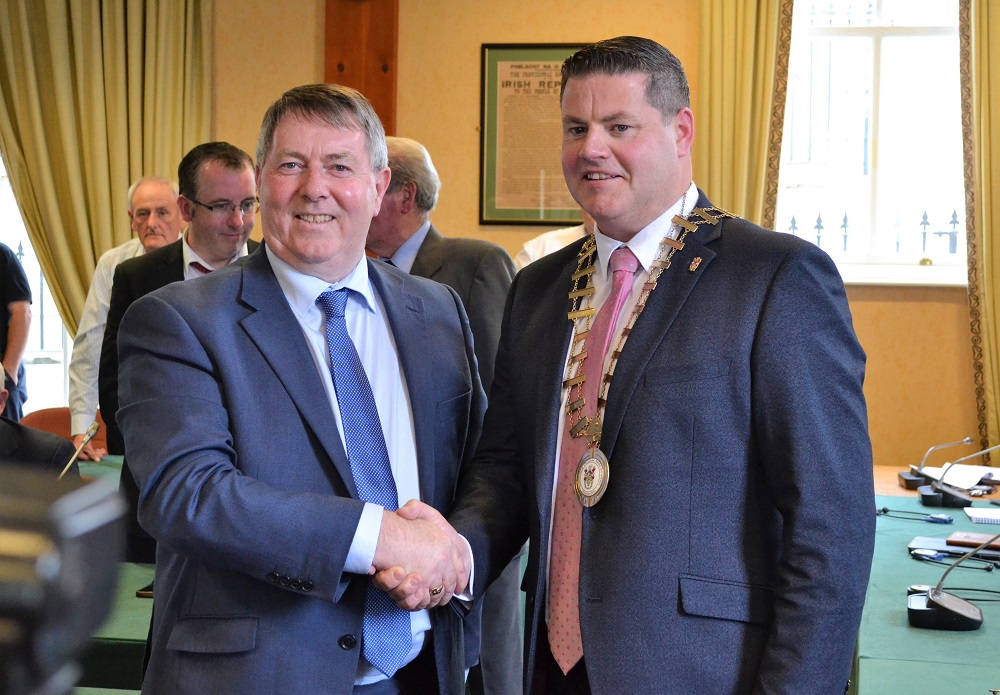 The Glenties area councillor was voted in as the Mayor of Donegal this afternoon at the County Council AGM, taking over in the office from Sinn Fein Cllr Gerry McMonagle.

O’Domhnaill, from Killult in Falcarragh, has been a member of Donegal County Council since 2009.

In accepting his new role, he said he aspired to achieve the same standard of representation as councillors who held the honour before him.

Cllr O´Domhnaill said his priorities of the year will be ensuring that council motions are delivered upon, that continued success will be achieved in tourism, that housing issues will be solved and that rural development can continue.

He said: “My prime objective as Mayor is to ensure that the business within this room is delivered upon.

“We see fabulous motions delivered with passion come up in this chamber, by all councillors making representations on behalf of the constituents that they represent.

“The motions that are brought forward in this room are not done so for fanfare or glory of the various political representatives. They are done because they are issues that are pertinent and important to the constituents.”

O’Domhnaill said he is looking forward to working with councillors and the council executive in empowering councillors to gain progress on their motions.

Cllr O’Domhnaill said he will be seeking more focus on Municipal District members’ needs and aspirations.

“I will also be seeking that the Municipal Districts are given more powers to ensure the things that are important at MD level are delivered upon.” 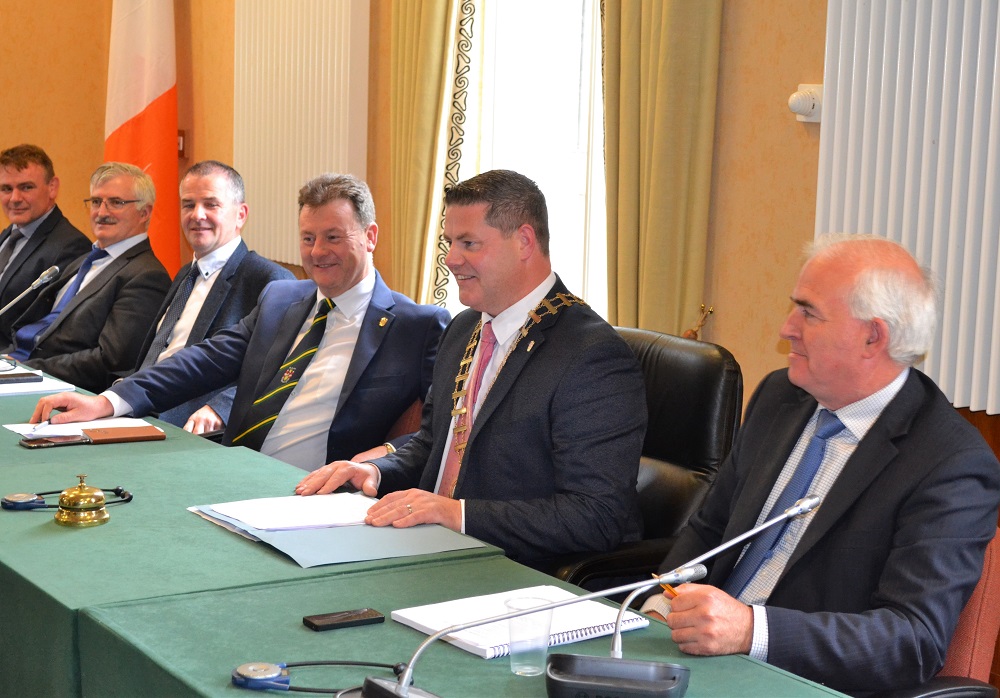 He outlined his endeavours to further exploit the marketing of Donegal as a tourism entity and part of the Wild Atlantic Way, saying:

“We need to build on the fabulous work that is being done by this council and other organisations to ensure we get the amount of tourists and business north of Galway that can sustain and build on employment.”

Cllr O’Domhnaill said the biggest national and local issue is the demand for housing.

“Donegal, quite frankly, is in a state of crisis, as is the nation. I will be looking for focus on the housing department to try to fasttrack and get houses developed for the people who are on waiting lists.”

On his home electoral area, O’Domhnaill said he hopes to bring projects to fruition on tourism, history, employment, car parking, roads and other issues.

Cllr O’Domhnaill was inspired by outgoing mayor Gerry McMonagle’s positively to say: “When we look at Donegal, what we have to offer, from a tourism point of view, from quality of life, from natural resources, the Gaeltacht, cultural, social, historical aspects of this county, it is absolutely unequalled the country over.

“We have to show the people outside the county, the graduates, that there is a way to come back to Donegal and make a life here,” he said.

“We need to be more positive in attracting investment and people into our county and ensuring that a pathway is made, where if somebody wants to come back, that it is as easy and flawless as possible.”

Cllr O’Domhnaill said he looks forward to working on the good work that has been done on rural repopulation by previous Chairpersons, the elected Council and by the executive.

He paid tribute to his brother, Senator Brian O’Domhnaill, his mother Kathleen and his late father Hughie. Above all, he expressed gratitude to his wife Maura, who was in the council offices with their children Meabh (aged 5 months) and Hugh (aged two). 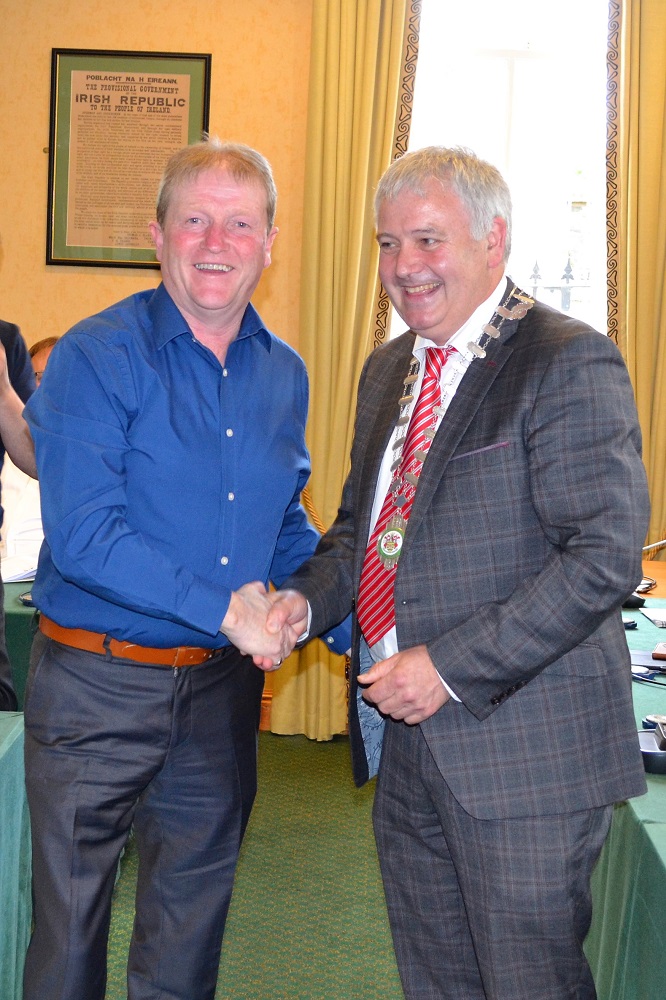 The title of Leas Cathaoirleach was passed on from Cllr Noel Jordan to Fine Gael Cllr Martin Harley of the Stranorlar MD. Both elections were by unanimous vote.