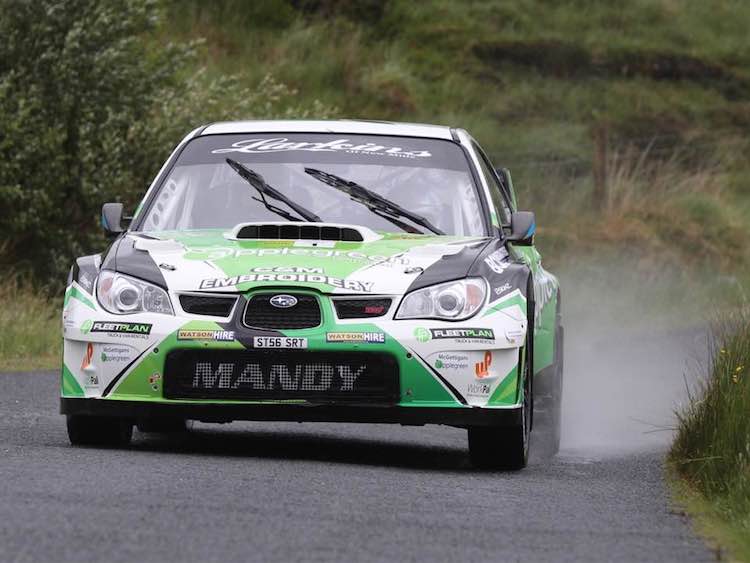 The Glenswilly-Milford partnership – pictured by Brian McDaid – look on course for a third Donegal International Rally win as they lead the way by 1 minute and 39.7 second following 14 stages of the event.

A dramatic Saturday put paid to the hopes of Declan Boyle, Darren Gass and Garry Jennings, with all three exiting.

Boyle – who was in second spot overnight – was the first of them to go, with gearbox issue spelling the end for the Lettermacaward man and James O’Reilly. The mechanical trouble before the Knockalla stage meant the WRC Fiesta was unable to continue.

On special stage 9, Carnhill, Gass and Enda Sherry crashed to a halt and they, too, had their weekend shortened.

On all four of the first four of today’s stages, Jennings and Kennedy were fastest.

It all meant that by the end of special stage 10, the second loop of Knockalla, which was the midpoint in the rally, they were only 7.9 seconds adrift of Kelly and Barrett.

Jennings ate into the deficit all through the early part of Saturday, but the Gartan stage was the end of the line.

On a fast left-hander on the stage, the Impreza rolled, ending up in a hedge, and derailed their bid for glory having breathed right on Kelly’s neck during those early moments of day two. It was perhaps a case of pushing too hard for the former winners, who sensed the lead was theirs for the taking.

But as they came off the familiar loop of Gartan and a new Trentagh stage, Kelly and Barrett were now in firm command at the top of the leaderboard and their’s is the only WRC car that remains in the rally.

Josh Moffett and Andy Hayes are in second in an R5 Fiesta, but have a mountain to climb to have any chance.

Sam Moffet and Karl Atkinson, also in an R5 Fiesta, are third, just 10.5 behind the crew in second.

Robert Duggan is in fourth and Callum Devine completes the top five after a superb run in his R5 Fiesta.

In the National Rally, Ian Barrett and Paul McGee have a 1 minute and 24.8 second lead on Kevin Gallagher and Noel O’Sullivan with both crews in Darrians. 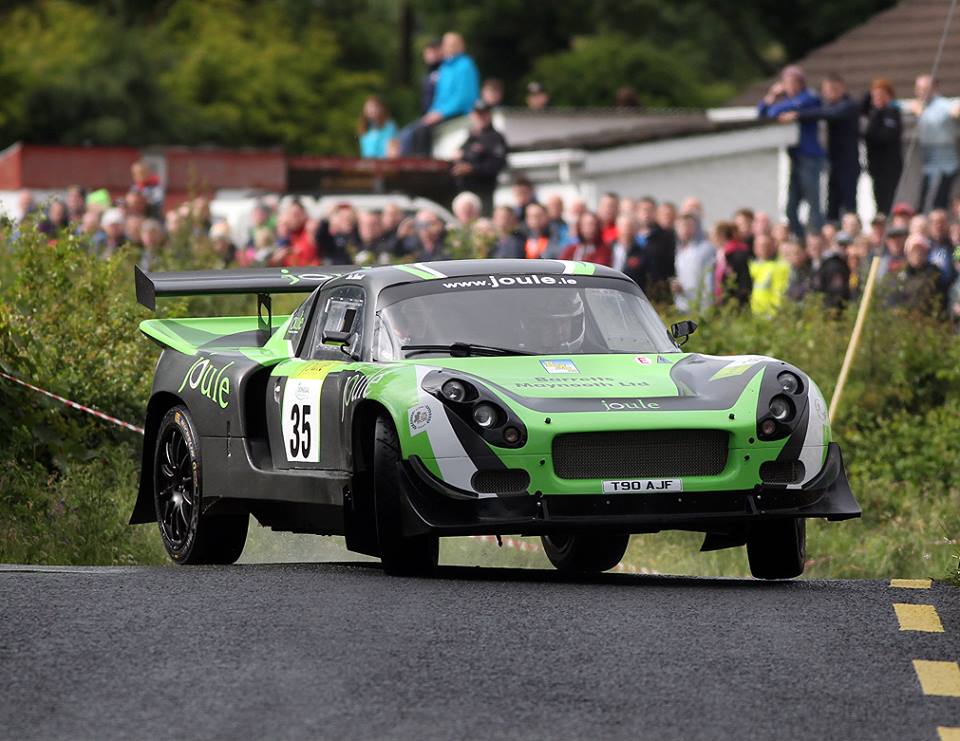 Damien Tourish and Domhnall McAlaney had the lead in the national after day one, but mechanical trouble meant they didn’t get out of Parc Ferme, meaning Barrett – the CEO of title sponsors, Joule – had the upper hand.

Despite hitting a chicane on the first loop of Trentagh, on SS12, Barrett and McGee managed to stave off any dangers.

Several local crews are performing very well. Kyle and Dale McGettigan are seventh overall in the national; Kevin Eves and Chris Molly are eighth; John Bonner and Leon Jordan are in ninth; with Johnny Jordan and Gary McNern tenth.