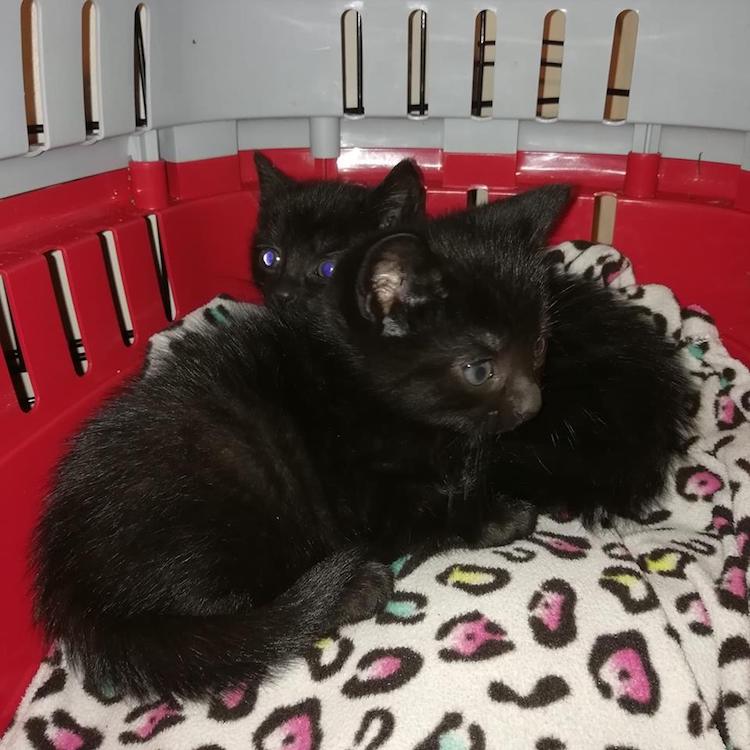 Shocked motorists, including members of Animals In Need Donegal, witnessed a kitten being thrown from a fast moving car on the main Derry to Letterkenny Road at around 6pm last night.

A couple driving towards Letterkenny stopped their car to rescue the kitten from certain death as the Animals In Need volunteers pulled up alongside.

The rescuers then noticed that 200m further up the road another kitten had been thrown onto the road and was frozen  to the spot in terror as cars roared past until he too was rescued.

Reports came in that a third kitten had been rescued from the road at Colm Dillon Motors by a man in a jeep, who had since left the scene, most likely unaware that other kittens were being rescued.

Witnesses were unable to record the car’s number plate but state that those responsible for this heinous act were a couple driving in a dark car heading towards Letterkenny.

“This is a despicable act of cruelty,” an Animals In Need spokesperson said.

“Those responsible can have no respect for life. Their actions would most certainly have resulted in a horrific death for these kittens had it not been for the immediate reaction of the couple who stopped and our fosterers who just happened to be passing.

“For the people involved in saving the kittens it was stressful and upsetting. All things considered, it’s a miracle that no one was hurt.

‘Both kittens were suffering from shock but miraculously sustained no physical injuries.  They are approximately 5 weeks old and are going to need a lot of care to help them through this ordeal.”

The two male kittens are now safely in an Animals In Need foster home.

Animals In Need is a registered charity and has been rescuing animals from all over Donegal for the past 12 years.  They can be found on Facebook at https://www.facebook.com/AINDONEGAL/ and have a website at http://www.animalsinneeddonegal.com.