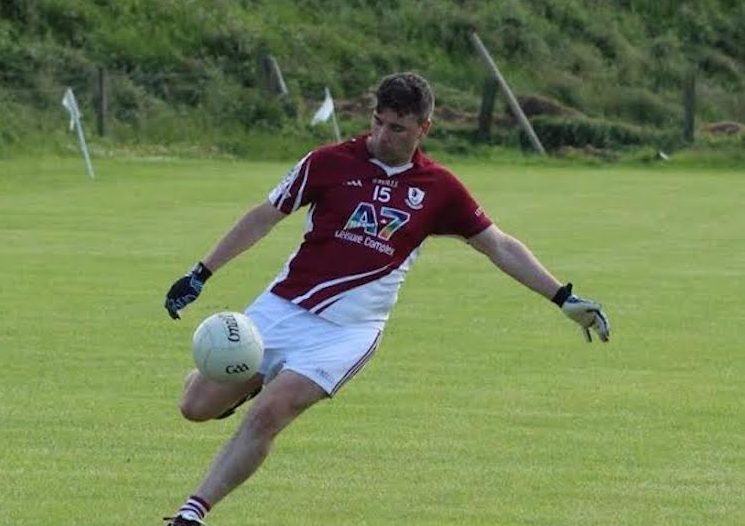 Naomh Padraig, Uisce Chaoin and Letterkenny Gaels faced up to each other in a mid table clash of the Division 4 All County League on Saturday evening past at Páirc na nGael, Letterkenny.

Both teams were defeated last weekend by Pettigo and Downings respectively and were hunting much needed League points.

The traffic around Letterkenny was at a standstill where rally enthusiasts were making their presence known and the first half of football was one way traffic at the Glebe with the hosts registering 1-09 to no score for the Inishowen men.

The Letterkenny men added to their tally with Brendan O’Brien and Charlie Creevy slotting over more points before referee Gerard McHugh blew up the first half.

Playing with the breeze and a renewed sense of vigour in the second half the visitors scored their first point from the throw in and out scored Letterkenny Gaels over the next 30 minutes with points coming from Aidan Lynch, Denim Mc Laughlin, Barry and Oisin Mc Colgan, Eunan Keaveney, James Breslin and a late goal from the ever present danger man and full forward, Aidan Lynch.

A Ciaran Cannon goal early in the second half and further points from Shay Doherty and Anthony Diver sealed the home win and the Gaels held on for a much needed two points.