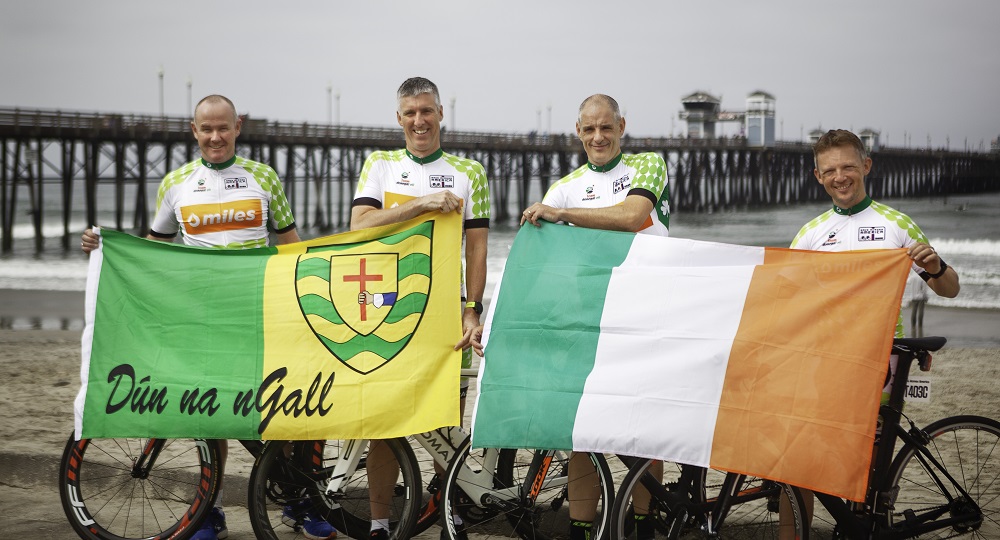 Team Donegal Oil advance in the Race Across America for Autism

Four Donegal men are making great progress in the Race Across America (RAMM 2018) to raise money for autism in the county.

Team Donegal Oil are on day two of the epic race against 20 other teams from across the world. So far, they have covered 320 miles, hitting good speeds with tailwinds through the hot Arizona desert.

Milford native, Arthur McMahon, Padraig MacGinty from Downings, Convoy’s Gavin Harris and Gerard Callaghan from Letterkenny are flying the flag for Ireland and Donegal, and are the only team representing Ireland this year, as they race for Team Donegal Oil Ireland in the world’s longest cycling time trials which began on Saturday in Oceanside, California.

The local quartet are the only Irish team entered in this year’s RAAM. The famous annual ultramarathon bicycle race was first held in 1982.

This team, managed by their crew chief, Letterkenny and Dunfanaghy based auctioneer, Boyd Robinson, will cycle 3,000 miles across 12 states and climb over 170,000 vertical feet. 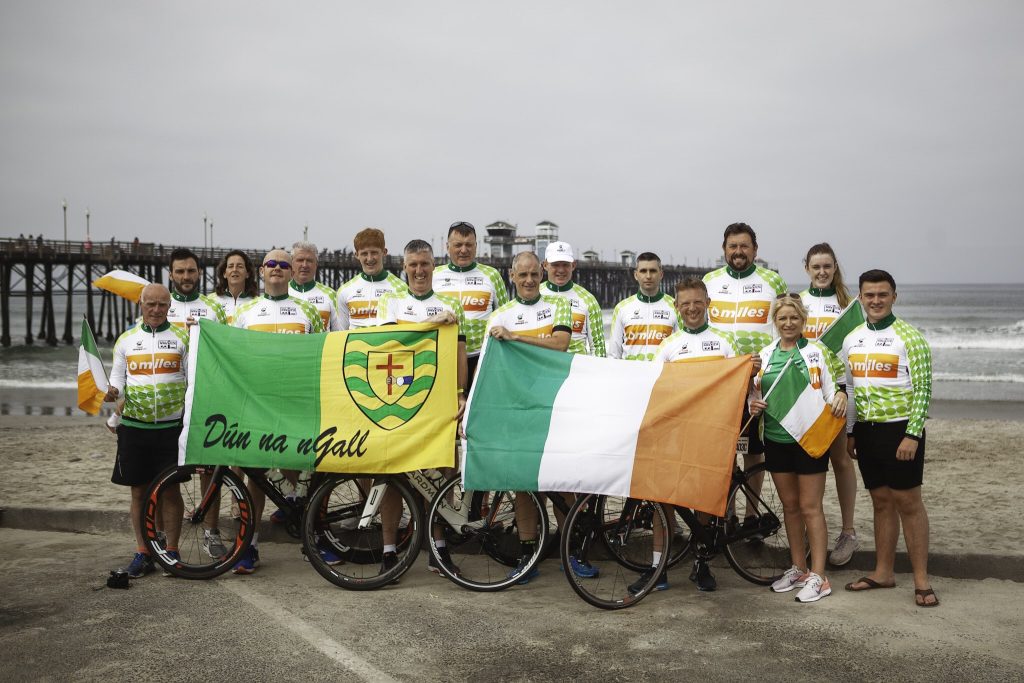 Speaking before the race, Donegal Oil Company Managing Director, Arthur McMahon, who was responsible for setting up the Donegal Oil Foundation four years ago, revealed that to date, €30,000 has been raised for local and national charities through Team Donegal Oil’s participation in endurance events locally & nationally. To take this fundraising initiative now to an international event is an exciting challenge.

Arthur said: “All the expenses of our RAAM trip have already been raised through sponsorship (“Miles” by Circle K and Donegal Oil Company), by the cyclists and crew themselves so every single cent we raise for Autism will be spent in Donegal for the benefit of children and adults on the Autistic spectrum”.

“It is our intention, through the Donegal Oil Foundation, to raise money for schools in County Donegal and provide educational aids in the form of technology products for children on the autistic spectrum. We are calling out to schools, charities, sporting and other organisations in Donegal to register with our Donegal Oil Foundation, so they can avail of educational aids to assist with their internal programs for children they teach and coach with autism,” says Arthur.

Entering a four-person team in RAAM is something that Arthur himself had been mulling over for the last few years. After drawing up a plan at the start of the year, and securing support and sponsorship, they were more than ready for the Race Across America.

“To be able to pull together a team of people from Donegal who already know each other for one of the most gruelling cycling events in the world will make this challenge something very special,” Arthur commented.

“Our company have always supported local fundraising efforts and that won’t change. However, we have a really busy few years ahead for our Team Donegal Oil Ireland initiative and we’d like to make sure that there’s a lasting benefit from all our hard work.

“We wanted to have an open and transparent way of showing people how the money raised was spent. That’s why we have rules about what we can help with,” he added.

“We are very excited about the Donegal Oil Company Foundation Programme. We are delighted that we can help children and adults with autism to get as much of the most up to date modern technologies and training possible to assist and help with their education, personal development & fitness. We also hope that in doing this, we will also raise awareness for autism in the county.”

Looking ahead to the event, Boyd Robinson said “RAAM is the ultimate test for crews and riders in the ultra-cycling world. I am delighted with the team that we have put together. After taking part in the Team Joe Barr 500 mile race, it showed what a hardworking and fantastic crew that we have assembled for this challenge. We will be put through the greatest of tests, both mentally and physically as a team over 3,000 miles, and it’s one that we can’t wait to take on,” he said.

RAAM riders started from Oceanside, California, under one of the longest piers in California and travel from west to east, finishing at the City Dock in Annapolis, Maryland. The Donegal crew got off to a good start in the desert, and have many highs and lows to share in the days to come.