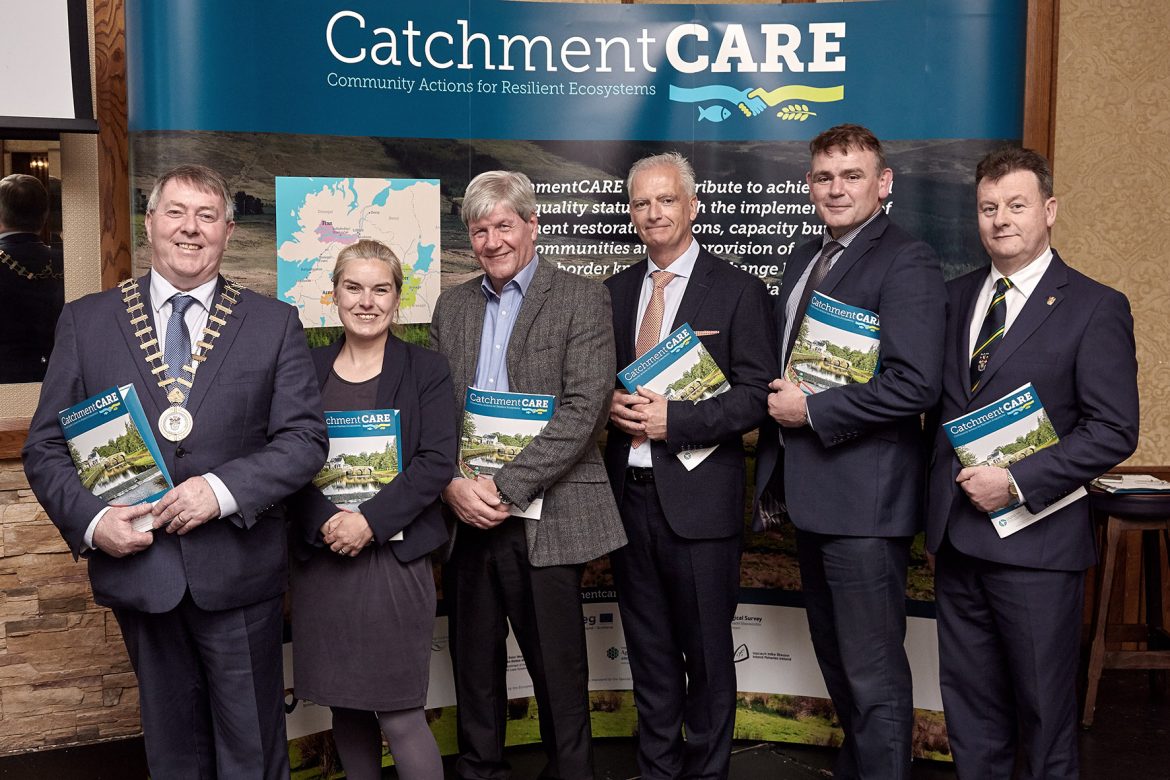 A major cross border project worth almost €14million was launched this week at An Grianan Hotel in Burt, Co. Donegal aimed at improving the water quality in our waterways.

The CatchmentCARE project will include studies on how best to tackle water quality and it will also provide a platform for cross border engagement and knowledge sharing between community, governance, policy and scientific shareholders.

There will be actions to improve the quality of the rivers through restoration works to the land bordering the rivers, as well as to the rivers themselves. Further actions will enhance the capacity of shareholders to contribute to this programme of improving water quality.

There are also plans to install 50 boreholes across the region to monitor water quality. 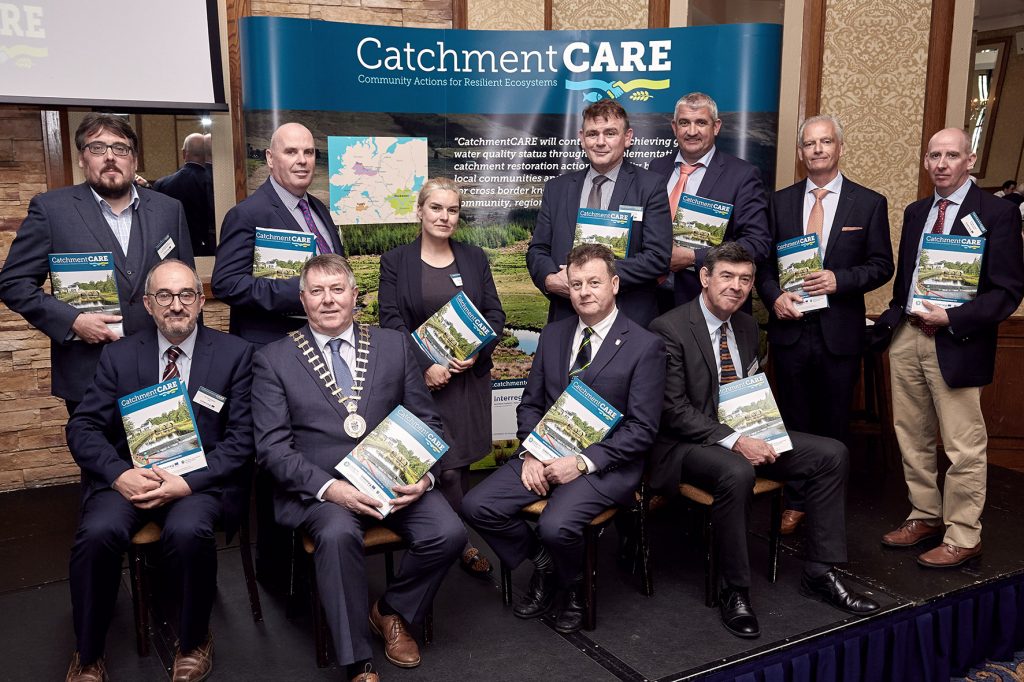 Cathaoirleach of Donegal County Council Cllr. Gerry McMonagle welcomed project partners and invited guests to the launch event saying “Donegal County Council is delighted to be leading out on this initiative which has identified actions that go above and beyond those that agencies already have a statutory obligation to undertake and will address the core challenge of restoring water-bodies in border area catchments.

“Everyone lives and works in a river catchment. Everything we do has the potential to affect waterways and ultimately the ocean and marine life. This initiative is about working collaboratively to increase the resilience of these important cross-border river catchments”. 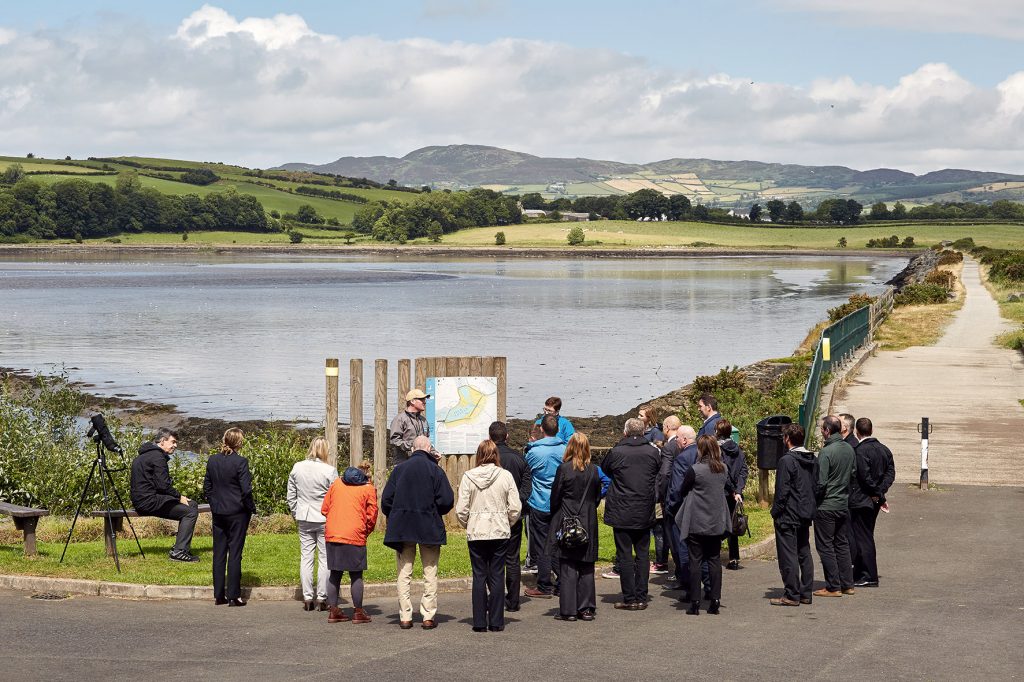 A healthy water catchment can provide high-quality drinking water and support livelihoods such as agriculture, recreational angling and water sports. It can also support local ecosystems so plants, animals, fish and insects that depend on having healthy water can thrive and flourish.

Managing our water so it can meet our current and future needs and support the ecosystems that depend on it is vital and CatchmentCARE will make a significant contribution to these aims.

Welcoming the project Gina McIntyre, CEO of the Special EU Programmes Body said: “This project represents a unique cross-border partnership that will provide a platform for knowledge exchange between universities, local councils and scientific organisations. It will also deliver upon a number of core outputs within the EU’s INTERREG VA Programme that have been designed to both protect and enhance our precious biodiversity on both sides of the border and contribute towards compliance with the EU’s Water Framework Directive.” 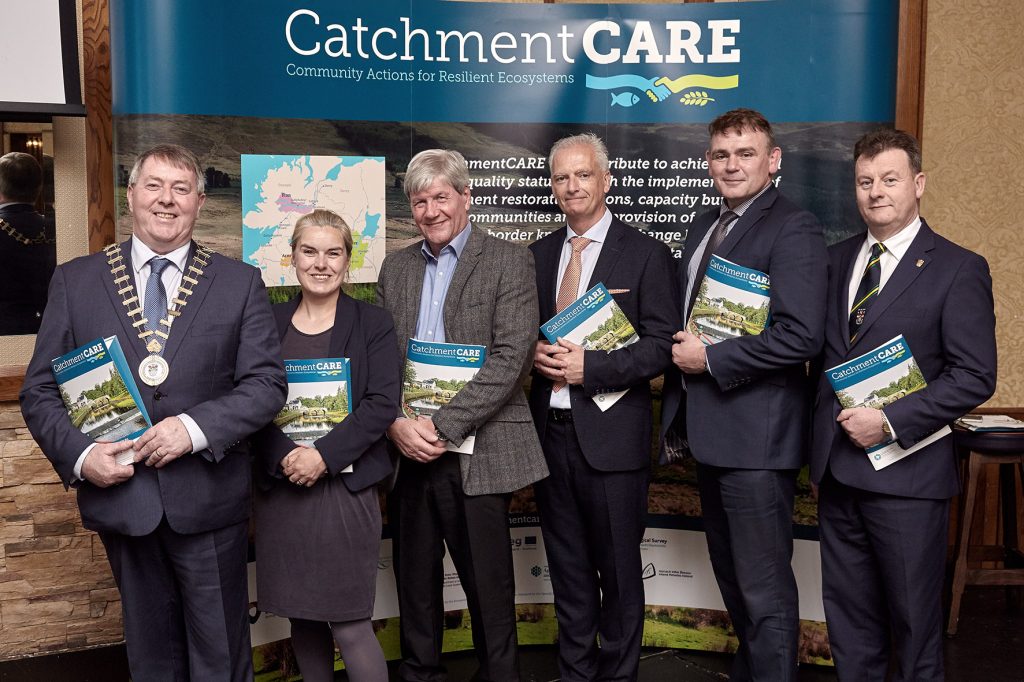 Well known TV presenter and broadcaster Joe Mahon was also on hand as a guest speaker at the launch and provided some thought provoking insights from his own ‘Lesser Spotted Journeys’ and on our shared responsibility to improving water quality and ensuring healthy water catchments for all.

Joe remarked on how well the project logo looked and captured the ‘CARE’ components from the project, the ‘Community Actions for Resilient Ecosystems’. In launching the Project, he concluded by wishing all of the Partners involved in ‘Catchment CARE’ best wishes for the remaining years on the successful implementation of this ambitious and very significant project.

This ambitious project is being funded through the European Union’s INTERREG VA Programme, which is managed by the Special EU Programme’s Body. Match-funding has been provided by the Department of Agriculture, Environment and Rural Affairs Northern Ireland and the Department of Housing, Planning and Local Government in Ireland making a grand total of €13.8 million.