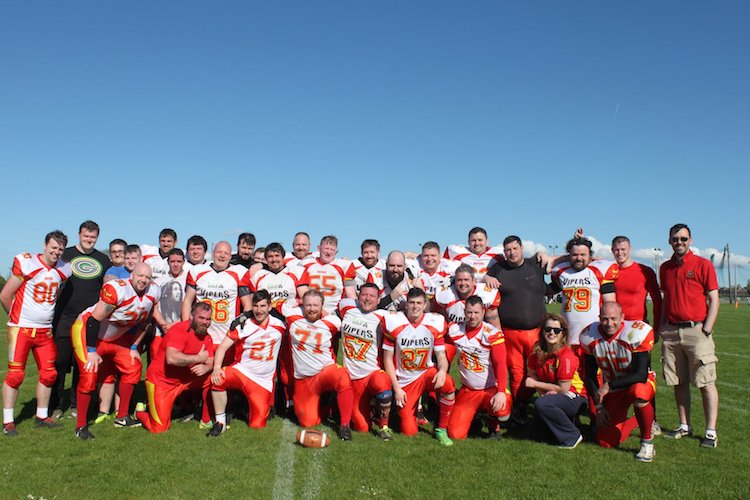 It was always going to be a tough game for The Vipers in Navan as they travelled with a depleted squad.

Missing their starting QB, Tightend, Right Tackle, Centre, Middle Linebacker and Running back to name a few, the Vipers’ strength and depth would be put to the test.

For the Vipers, whose squad size ranks amongst the highest in the entire league set-up, they fielded only 24 of their 38 strong panel.

The game started very scrappy and both teams failed to put together a meaningful drive in the first quarter. But in the second quarter things changed.

The Vipers O-Line who had shown glimpses of great play started to click. The line, led by the games MVP and 1st time starting centre David Holden, got to work and helped the Vipers Running back core move the ball.

Cathal Curran who was most utilised on the day help drive up the field  before QB Danny Mullan found Ryan Brolly deep.

The Vipers now on the 2 yard line brought regular defensuve tackle, Peter Farrell in at RB and on his first snap ran the ball in to put the Vipers up 6 – 0.

Interceptions from Paddy McGlynn and Darren Quinn for the Vipers defense kept the Bulldogs scoreless before another good drive saw Mullan reach the endzone himself for a TD of his own aided by a bone crunching hit by TE Derm Brown. Gary Melly tacked on the Pat for a 13 – 0 lead.

Further defensive pressure saw a few changes of possession a including fumble recovery by Paddy Farrell and as the half closed out the men from the north west took possession of the ball on their own 30-yard line.

With 70 yards of field to go with just 45 seconds on the clock the Vipers wanted a score before half time.

Good work from Brown, a few outside runs from Mullan and some tough yards from the Vipers RB Cathal Curran & Mickey McKay eventually saw the mercurial Ryan Brolly pop up in the endzone for the score and the Vipers reached halftime up by 20-0 after another PAT by Melly.

After half time The Vipers, confident that they could see out the rest of the game, began to utilise the entire playing staff, swapping in some fresh legs and a little inexperience to learn from some vital game time.

The game fizzled out and there were no further scores from either team. The second half was punctuated only by Interceptions from Brolly and Mullan playing at Safety and Corner respectively and as the whistle blew The Vipers took the IAFL1 North crown as conference champions with 2 games to spare.

Next up for the Red & Gold are 2 home games to finish out the season. Firstly against The Galway Warrirors on 1st July in Limavady RFC before the annual Letterkenny game on 8th July in Colaiste Aileach against The Antrim Jets.

With both opponents vying for a coveted playoff spot both the Jets and Warriors will look to cause an upset. The Vipers on the other hand will be looking to see out the season with a 7W 1L record. 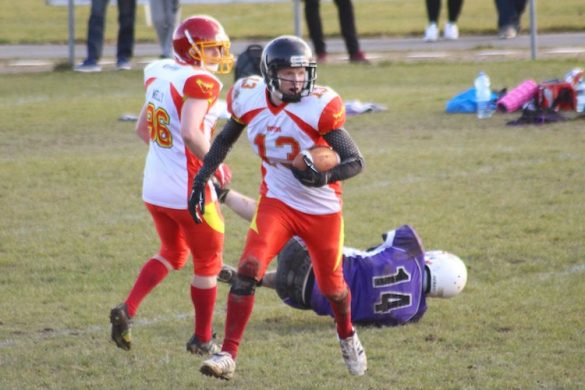 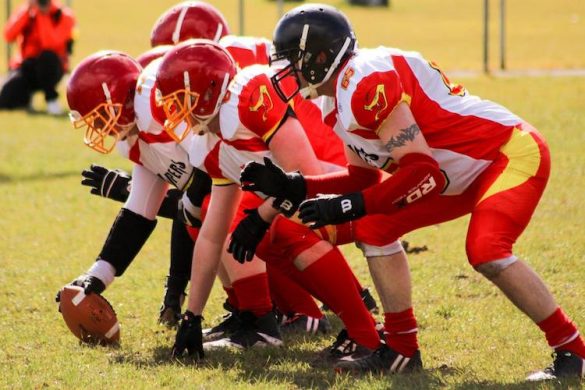 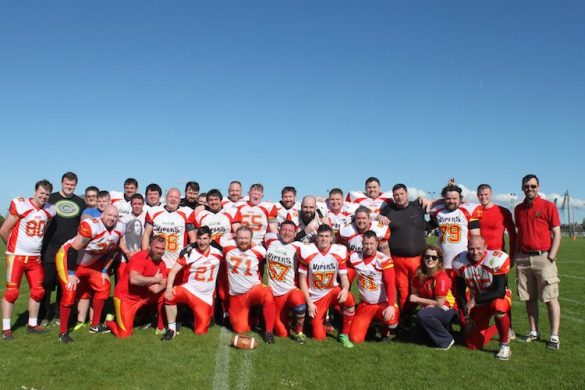 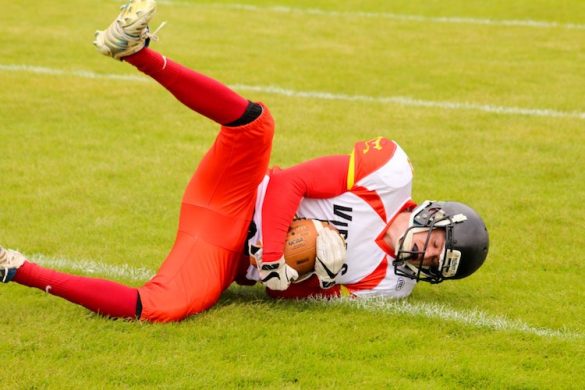 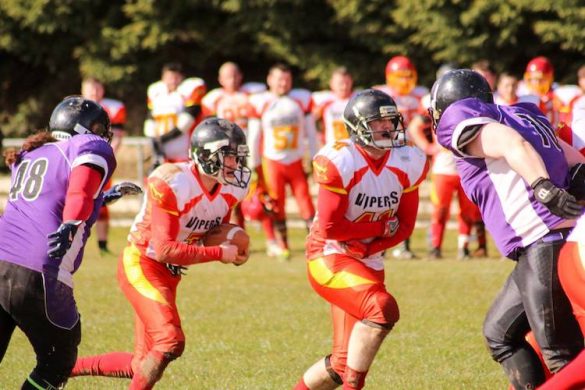 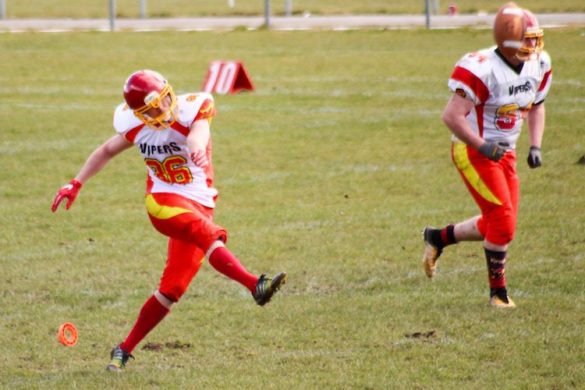 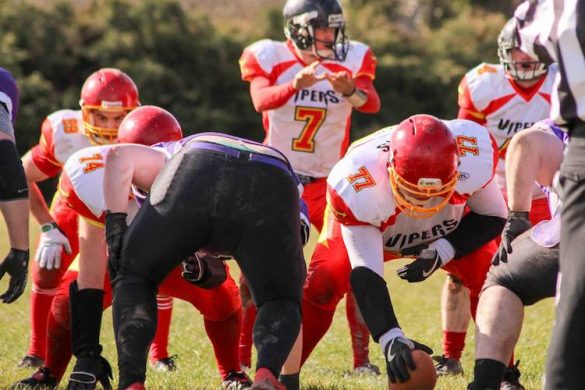