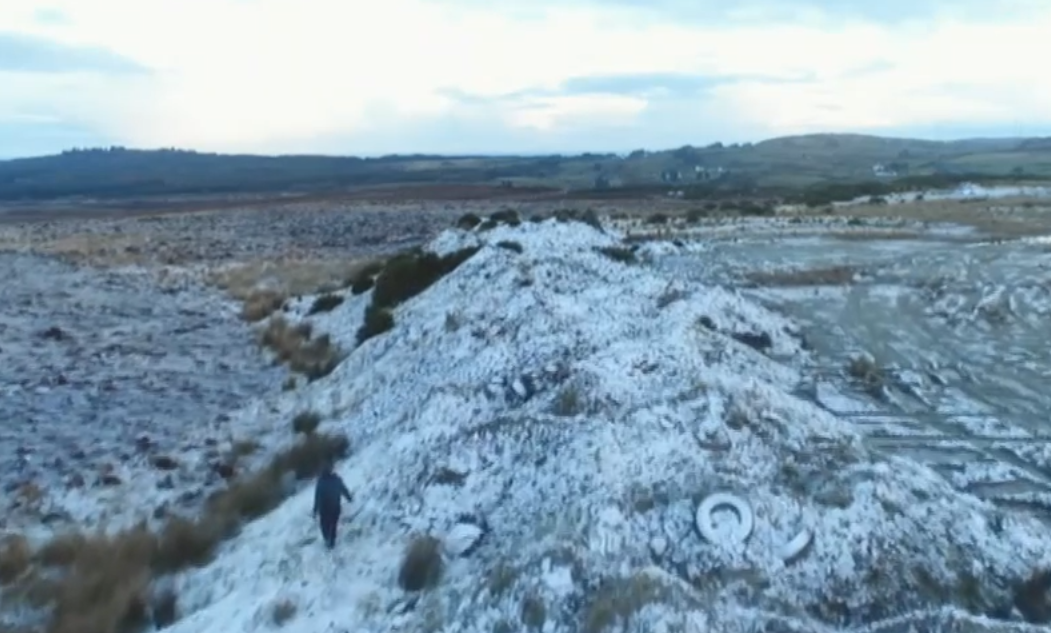 Fianna Fáil TD Timmy Dooley has said that answers are urgently needed as to how illegal waste dumping allegedly took place over so long at a site in Donegal.

Deputy Dooley’s comments come after an RTE Investigates programme appears to have uncovered 10 years of unauthorised dumping activity at a quarry site outside Moville in Inishowen. Two hundred mounds of apparent domestic and commercial waste were unearthed by an investigator at the site operated by Davey Transport Ltd under permits from Donegal County Council. Permission was confined to construction and demolition waste material at this quarry site.

#RTEInvestigates examined satellite imagery to gauge the scale of activity over the past couple of years at Moville, Donegal, and one particular location in the remotest corner, beyond the quarry, significant changes in the landscape were occurring pic.twitter.com/uMcMHMO9jX

The documentary also revealed that the EPA had asked the council to investigate the facility in 2011 following allegations of waste burning. Regular on-site inspections and investigations of records were carried out, finding no evidence of burning, but a warning letter was issued in relation to planning and waste regulations, the council said.

Fianna Fáil Spokesperson on Communications, Climate Action and Environment, Timmy Dooley expressed his concern at the reports and said: “What is incredibly worrying is that reports of illegal dumping and waste were made to the local authority a number of years ago, and the Environmental Protection Agency also investigated activities at the site”, he said.

“Donegal residents paid this company in good faith to take away their waste and dispose of it in a responsible and legal way. They have been let down very badly through the actions of the company.

“The proper enforcement of waste and litter bye-laws and the appropriate level of spot checking the local authority to ensure that companies with permits are complying is a basic requirement. It seems to me that this was not happening in Donegal over the past number of years.

“The EPA directed Donegal County Council seven years ago to investigate the operation of Davey Transport Ltd. I find it hard to believe that no evidence of illegal dumping or improper waste management was found.

“This was a very serious complaint and should, I believe, have resulted in long term enquiries as to the operation of the site.

“Those who engaged in this illegal activity need to feel the full force of the law. Fines, I believe, are not the appropriate response. Custodial sentences, if possible, should be on the cards.

“Our environment is one of Ireland’s greatest assets and tourism is a key employer in Donegal.  Based on the reporting to date, those involved in this case have shown a blatant disregard for their county and their country.  It requires a strong and forceful response.

“The full scale of the environmental damage at this site, and the costs of remediation are not yet known.  However, every action that can be taken should be taken to ensure that there is proper accountability for what has been happening and that those who are responsible for it bear the financial costs for dealing with it,” concluded Dooley.

People warned to continue to work from...