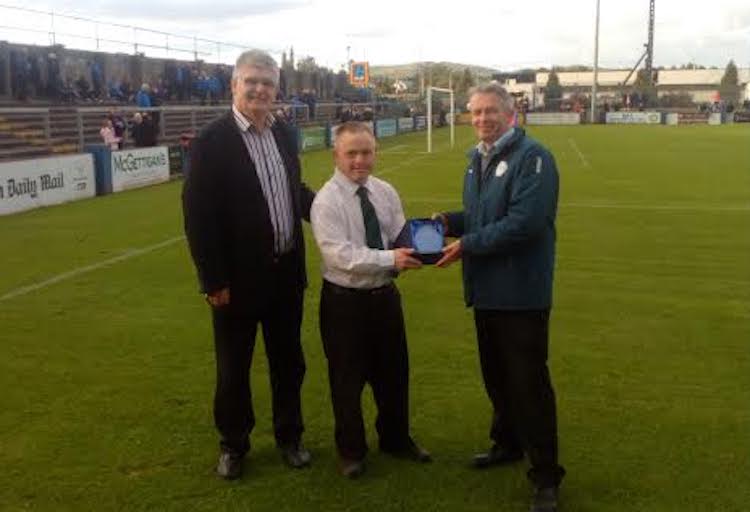 Ronan, from Stranorlar, is the friendly face who mans the gate at the tunnel at Finn Park on match nights.

Ronan is a lifelong Harps fan, who works in Mac’s Mace in Letterkenny, and was presented with a memento from club chairman Sean Quinn and Commercial Officer Aidan Campbell at half-time during Friday’s game against UCD.

Unfortunately for Ronan, Harps didn’t mark his big birthday with a win.

But Ronan celebrated with a big birthday bash on Saturday night in Ballybofey in the company of a large crowd of friends and family.