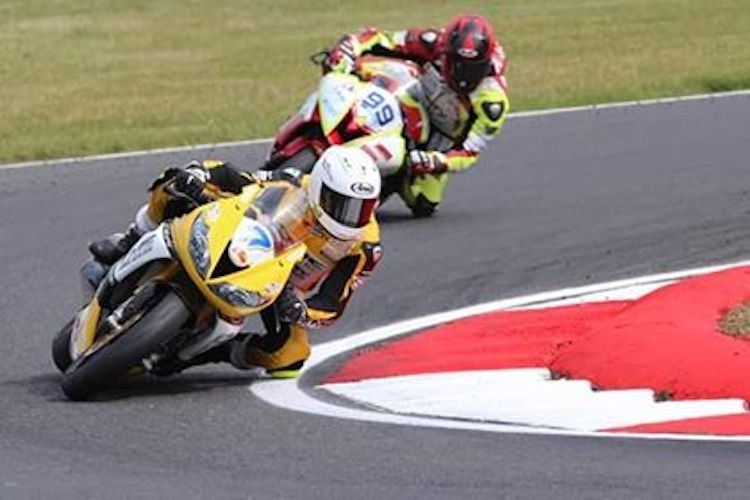 Kilmacrennan’s Richard Kerr had another solid weekend at the fourth round of the British Superbike Championship in the Dickies Supersport class.

Richard missed all of practice as he was doing his Leaving Cert exams on Friday afternoon so with two valuable sessions lost it was going to be a tough weekend.

Straight into qualifying on Saturday morning Richard ended up 27th on the grid.

After a good start Richard made his way into the top 20 in the short ten-lapper.

The race was red flagged with two laps remaining as another bike blew up and spread oil all over the circuit causing several riders to go down.

Richard was fortunate enough to miss the oil and finished in 14th position after the crashes in front of him.

Richard would start 24th on the grid for race two and after an excellent start found himself in 11th position in the opening stages.

As the race progressed Richard settled into a battle with three other riders and had a great run finishing the 16 lapper in 13th position – not a bad weekend considering he had no practice before qualifying.

Knockhill in Scotland is the next venue for round 5 in two weeks’ time where Kerr hopes to get more valuable track time and get close to that top ten.

Richard would like to thank all his sponsors for their continued support and hopes to build on the results for the remainder of the year.