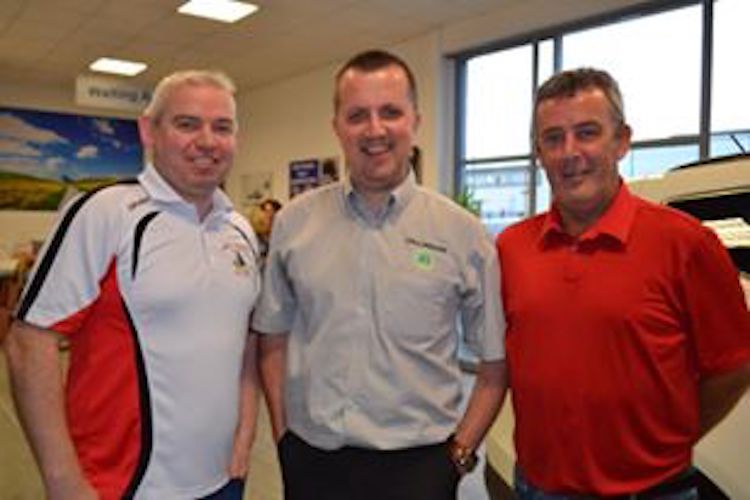 Tony McNamee has been named as the new manager of Ulster Senior League side Swilly Rovers, the club has announced.

McNamee, a former Swilly player, had a previous stint as the Swilly Rovers manager in the USL, but has returned one more.

Tony McNamee pictured with Jason Gibson, who was named as Bonagee United manager on Saturday, and USL secretary Niall Callaghan.

Lately, McNamee has been working with underage teams at Swilly Park and is also involved in the Donegal Schoolboys League at administrative level.

McNamee’s sons Barry and Tony have both played senior football with Barry currently with League of Ireland champions Cork City while another son, Shane, is with Derry City’s Under-19s.

McNamee succeeds Gerry Crossan as Swilly manager. Crossan stepped down after a difficult season that saw Swilly pick up just two points in the USL, but McNamee will hope to revive the fortunes by the Lennon.