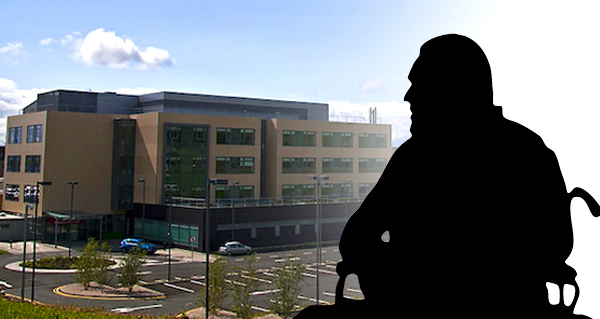 The patient had been waiting for a urology review at the regional centre in Galway, but by the time his family complained, his condition had deteriorated to a point that he was too sick for a transfer. He later passed away.

A complaint was made to the Ombudsman last year over the transfer delays and over the man’s family not being informed of falls. Details of the case were released today in the Ombudsman Annual Report.

The brother of the elderly man said that he suffered a number of falls while he was in LUH. However, it emerged that no particular actions were taken to prevent him falling again, documentation was incomplete and the family was not notified of all the falls.

Faults relating to the patient’s transfer were examined and it was found that the urology team in the Galway regional centre accepted the man for transfer, but his name was not added to the bed management list in the regional centre until 13 days later.

LUH were not aware, until the Ombudsman’s examination, that the man’s name had not been put on the list.

“It was clear that there was no agreed protocol covering the procedure for the transfer of patients between the two hospitals. The consultant had little involvement in the transfer and all dealings were by telephone which resulted in serious communication issues,” said Ombudsman Peter Tyndall.

The family complained after 12 days, which resulted in the consultant getting the man’s named added to the transfer list. However, the patient was too ill to be transferred at this stage and he later died.

The General Managers of both hospitals wrote to the family and apologised. As a result of this case, Saolta committed to finalising a Bi-Directional Patient Flow policy to streamline the process for transferring patients within the hospital group. LUH formalised a new falls management policy and specialist ‘Frailty’ training.

Ombudsman Peter Tyndall received 79 complaints from people living in Donegal about providers of public services last year. Donegal County Council received 39 complaints about its services, eight of which were upheld.