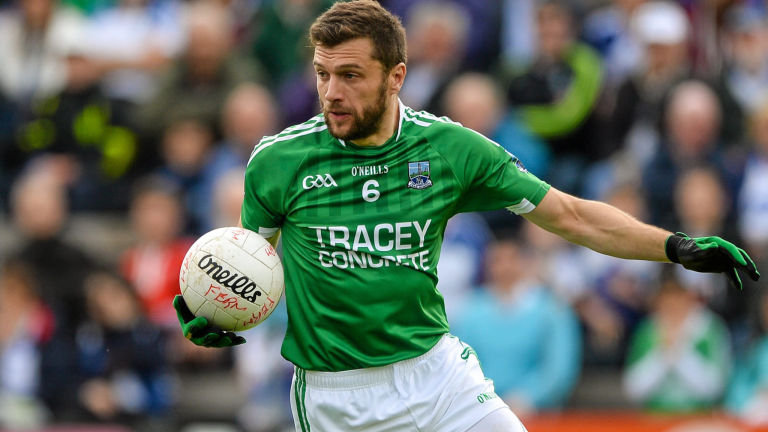 While Donegal will be without the suspended Neil McGee for Sunday’s Ulster final, Fermanagh’s Ryan McCluskey has been handed a reprieve.

Donegal full-back McGee will sit out the final after his sending off against Down in the semi-final.

Donegal lodged an appeal to the Central Hearings Committee but when that was turned down, manager Declan Bonner didn’t seek to ‘prolong’ the issue so made peace with the fact that he was going to be minus the Gaoth Dobhair man.

McCluskey was sent to the stand during Fermanagh’s semi-final win over Monaghan at Healy Park.

However, referee Conor Lane referred to McCluskey as a ‘team official’ in his report and Fermanagh were able to get their man off on a technicality.