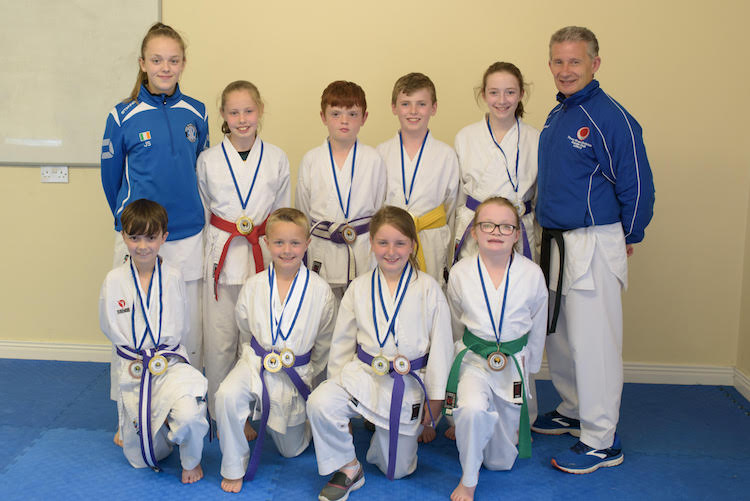 Members of the Three Rivers Shotokan club recently took part in the third Brunton Cup in Antrim – and came home with 11 medals.

The club were representing JKS Ireland at the tournament and finished second on the medals leader table with 31 points.

Well done also to Emma Dolan who excelled in her coaching role alongside head coach Martin McNamee on the day.