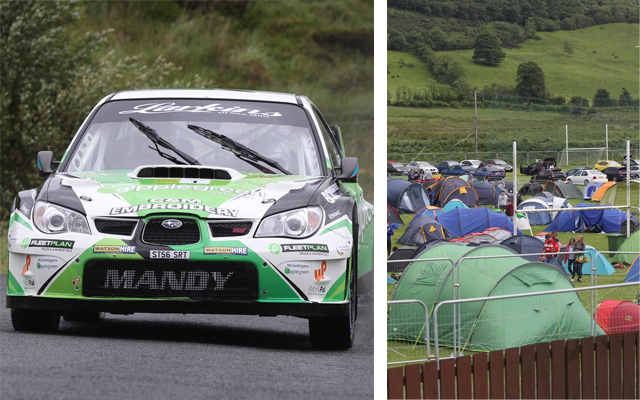 DD Motoring: Manus, the Motor Club and St. Eunans are the winners in Donegal

It’s got a bit like Kelly’s Corner down outside the front door of the Mt. Errigal Hotel come rally time these last few years.

The Jim Kennedy Memorial Cup travels just a few yards across the road from its permanent residence in reception at TFS, which Manus Kelly is the owner of. Manus Kelly works away in his office, which overlooks where the finishing ramp is for the rally every year.

Last Friday morning, Kelly swapped his swivelling office chair for a Subaru seat for the weekend and seems to make all this winning look so easy. 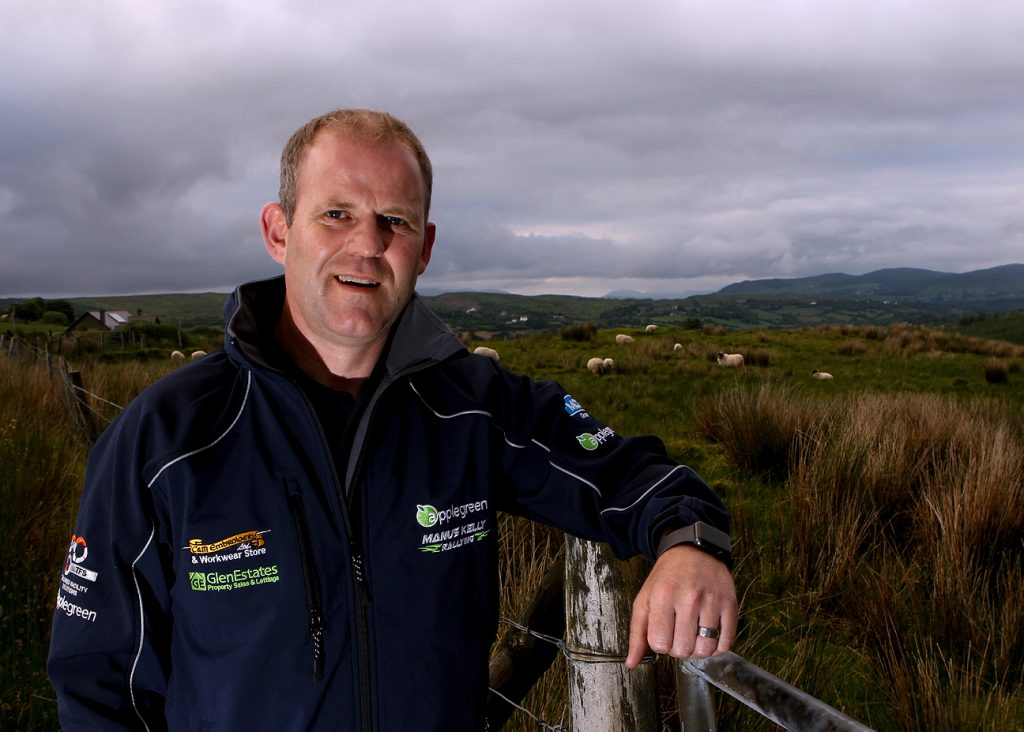 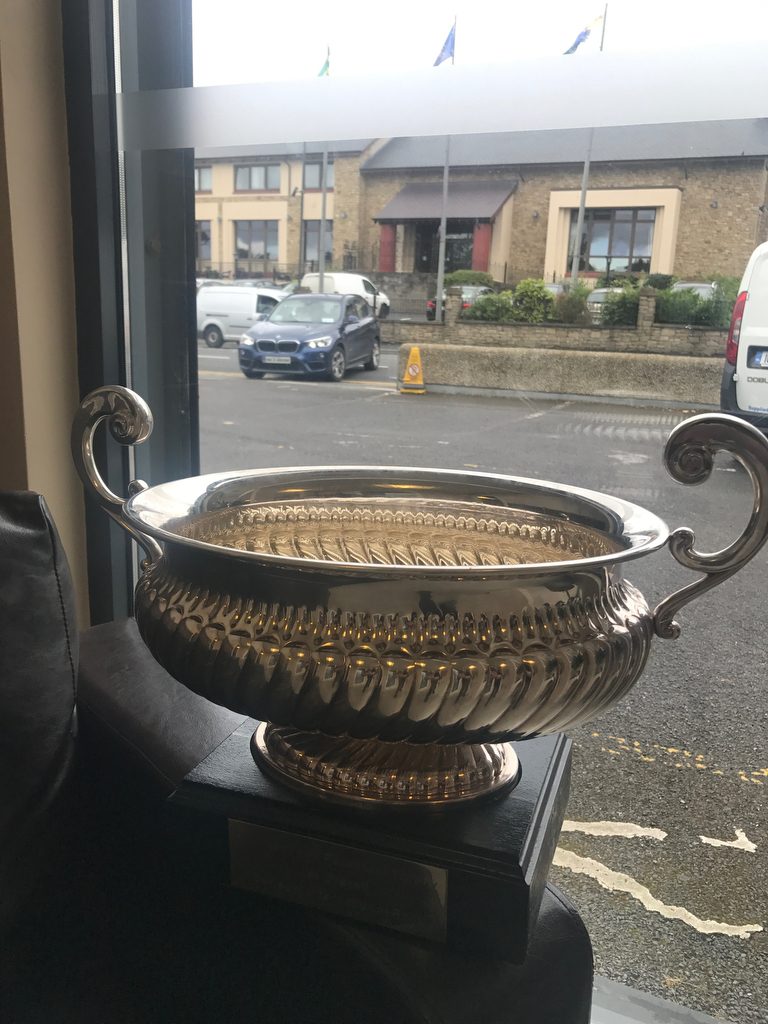 The Jim Kennedy Cup back in permanent residence at Manus Kelly’s office across the road from the MT. Errigal Hotel. Photo Brian McDaid

On Sunday evening Rory Kennedy made his way back to the finishing ramp minus a Subaru, he was on foot following his retirement while battling for the lead with his driver Gary Jennings. (They de-railed their challenge near Harleys of Trentagh on the Gartan stage.) Under Rory’s coat he carried his late father’s cup, The Jim Kennedy Memorial Cup to the side of the finishing ramp, ready for the presentation back to the winner for the third time, Donegal’s Manus Kelly and Donall Barrett.

I often think about the late Jim Kennedy around rally time and others like him from Donegal that passed on that made the Donegal Rally the success it is. 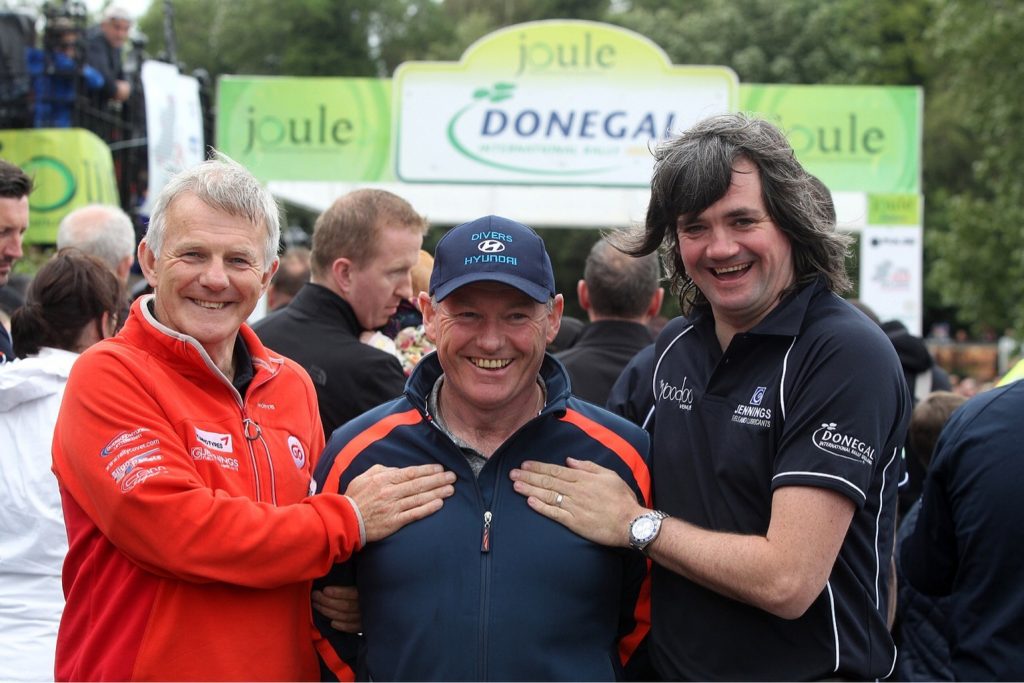 Rory Kennedy and Gary Jennings at the finish of the rally on Saturday evening pictured with Terence Diver. Photo Brian Mc Daid

Back at the start when it was the old Ballyraine Hotel, Jim Kennedy was a competitor driving a Hillman Imp or a Hillman Hunter, with Fr. Willie Mc Menamin calling the notes. In them days it was Curley who was the name on everybody’s lips winning three in a row. Then it was Colman in the eighties who matched 3 in a row and now when Jim Kennedy has passed on its Kelly is the local name to rewrite motoring history which will be etched for the third time on the winners cup. 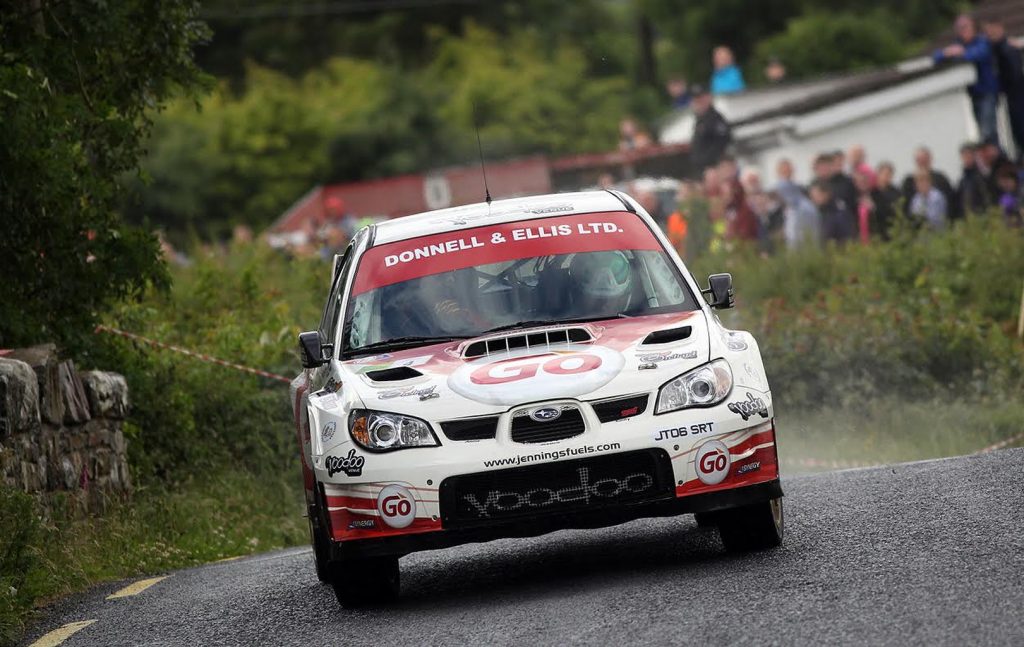 Gary Jennings and Rory Kennedy in action on Saturday stage in Carnhill. before their retirement in Trantagh. Photo Brian McDaid

When Curley and Coleman scored hat-tricks in Donegal they were heroes on Sunday night at the finish ramp. and we gone on Monday. As a spectator and photographer of motorsport for years the three days of the Donegal is an escape from the routine of everyday life.

You may be standing on the ditch at a rally, in body looking in to the rally cars, but in spirit you’re in the car looking out willing on your heroes over the rally weekend. 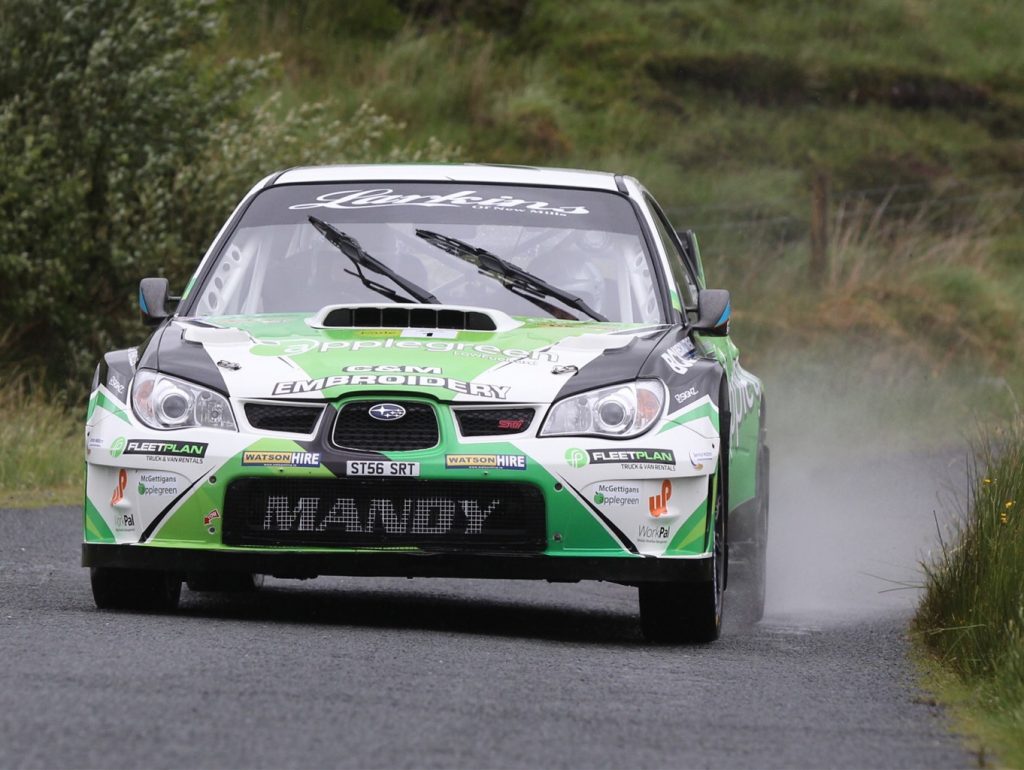 Manus Kelly and Donall make it three in a row in Donegal at the rally. Photo Brian McDaid

It’s a bit different and hard to know what way to act when your hero turns out to be local and from your own town. Irish people have a culture of not knowing how to give or accept a compliment because they spent all of their life listening to everyone telling them what they were doing wrong.

Local competitors on the Donegal Rally are as good as anyone that comes to compete in the rally in June. Even in the wet at the start this year the pace didn’t slow, Manus Kelly set the pace and Damien Tourish did like wise in the National at the start of the event and fans just love the pace of the event. Add to this the welcome and atmosphere for the weekend of the rally. I met marshals from all over Ireland who travelled to Donegal for weekend and wouldn’t miss it for the world. The organising committee of the motor club have produced another top class event. 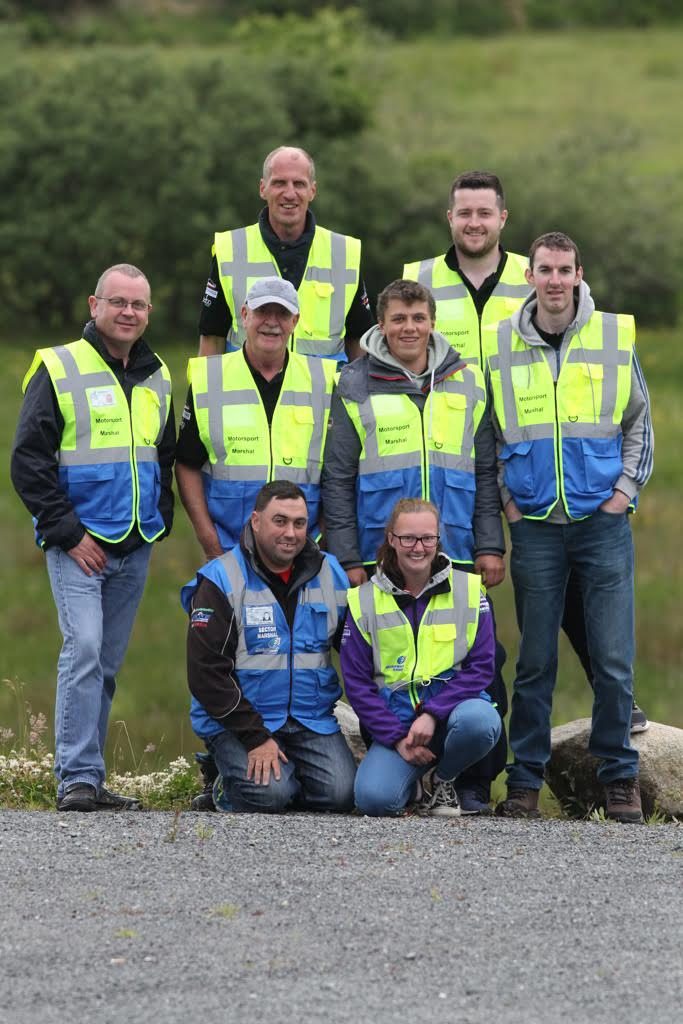 Some of the marshals that travelled from all over Ireland to help on the Donegal Rally at the weekend. Photo Brian McDaid

From tents to turnstiles. 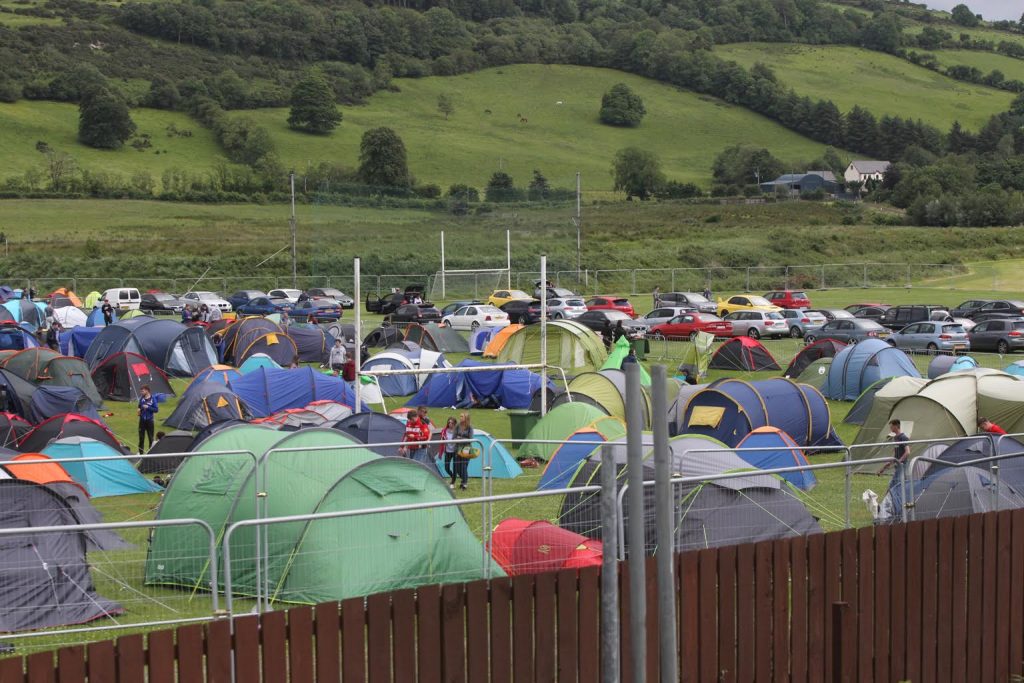 A packed St Eunan’s GAA grounds which doubled as a camp site for the Donegal rally at the weekend. Photo Brian McDaid

On Monday evening this week driving out past the O’Donnell Park the training pitch was full of footballers going through their paces. A day before that the same area was full to capacity of tents for the Donegal International Rally.

It wasn’t twin cams but was the rattle of Morris Dancers with their bells sticks rattling about Letterkenny. The town was buzzing from Thursday night to Sunday evening. Local Band Clannad from Gweedore came first in the Letterkenny Folk Festival back then before going on to sign their first record deal with Polydor records. The rest for Clannad is history. 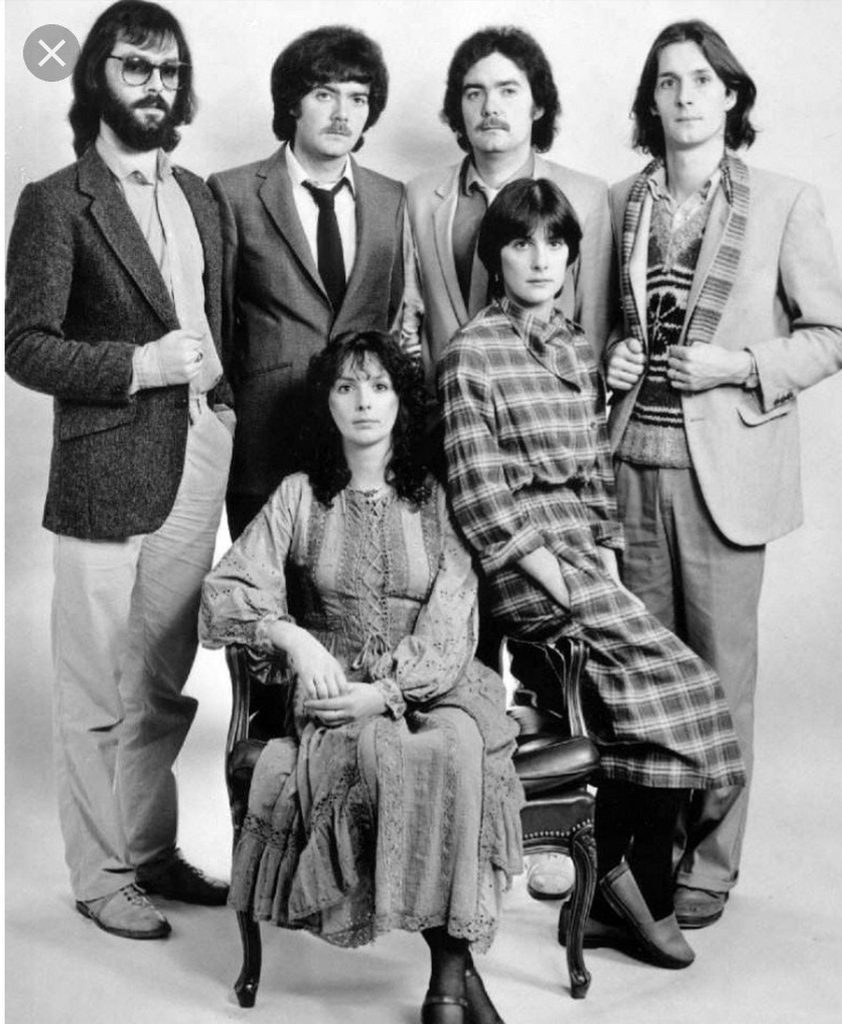 Clanad who won their first major music competition at the Letterkenny Folk Festival.

At the weekend it wasn’t the bells of Morris Dancers making the noise in Letterkenny it was the manifolds and walk through exhaust systems of supped up road cars. While a lot in Letterkenny were giving out about them. St Eunan’s GAA club decided to capitalise on the massive foot fall arriving in Letterkenny for the weekend. This year the grounds of the O’Donnell Park were full to near capacity of motorsport spectators. Members of St. Eunans GAA club transform their ground into a perfectly organised and safe location for tourist to come to Co.Donegal.

Members of St. Eunans GAA club came out in big numbers to organise and run a very professional camp site for the weekend of the rally. The site was manned around the clock had a shop and food available on site along with shower and toilet facilities.

The club provided a much needed pop up rally village for the weekend that gave a new dimension to accommodation for a sporting event like the rally.