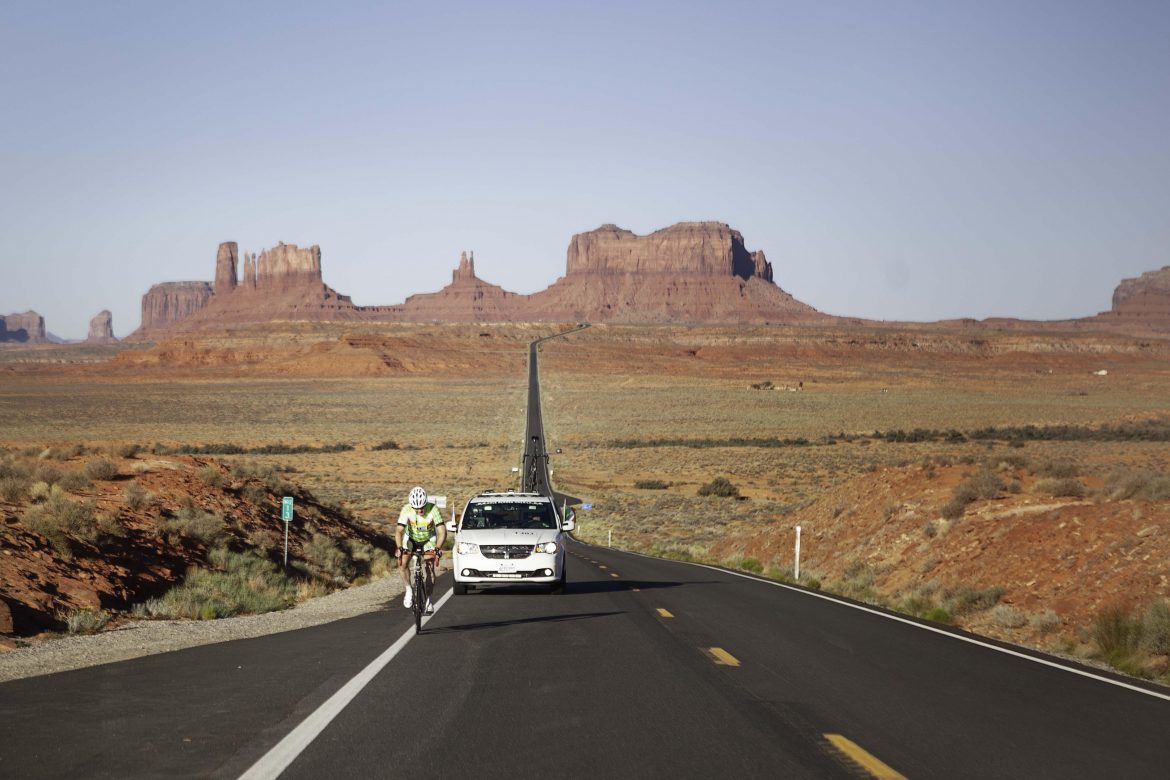 Milford native Arthur McMahon, Padraig MacGinty from Downings, Convoy’s Gavin Harris and Gerard Callaghan of Letterkenny are the only Irish team taking part in this year’s Race Across America.

They have now passed the half way mark as they cross Kansas State. They started in Oceanside, Southern California last Saturday from one of the longest piers in California. They then travelled east traversing three major mountain ranges, Sierra, Rocky and the Appalachian with heights reaching 11,000 ft and rising.

The cycle crossed one of America’s longest rivers, Colorado, and they have passed through such iconic American landmarks such as the Mohave, Sonoran Desert and Monument Valley.

The four Donegal men have cycled non-stop now for over 96 hours. Their chief of Crew Boyd Robinson has made sure that his crew keep the lads not only safe on the road but fed and hydrated.

He has ensured the men are getting plenty of rest in between stints to ensure their bodies can cope with the length of the stints in what can only be described as the most incredible weather conditions imaginable.

Being from Ireland these lads are not used to the intense heat and sand storms they endured through the desert before being hit by the most incredible wind, rain, thunder and lightening storms in Kansas.

But none of these conditions took the focus of the job on hand for these cyclists. They are here to cycle across America to raise money for Autism and that’s what they intend to do.

With approximately three days left in the race they still have to cross several States before they reach the finish line In Annapolis, Maryland and they are hoping that this will happen on Saturday next.

The hope is that they will reach the destination as early in the day as possible but will all depend on the direction of the wind between Kansas, Missouri, Ohio, Pennsylvania and finally Maryland.

The four men are overwhelmed with the support and well wishes they have received from home, family and friends from all across the world.

They would like to thank everyone who has donated for their charity fundraiser so far. Every cent of the money raised will go towards providing schools, sports clubs and charities with educational aids for children and adults on the Autistic Spectrum.

With around another 1600 miles to go please support them if you can on your online and social media channels.