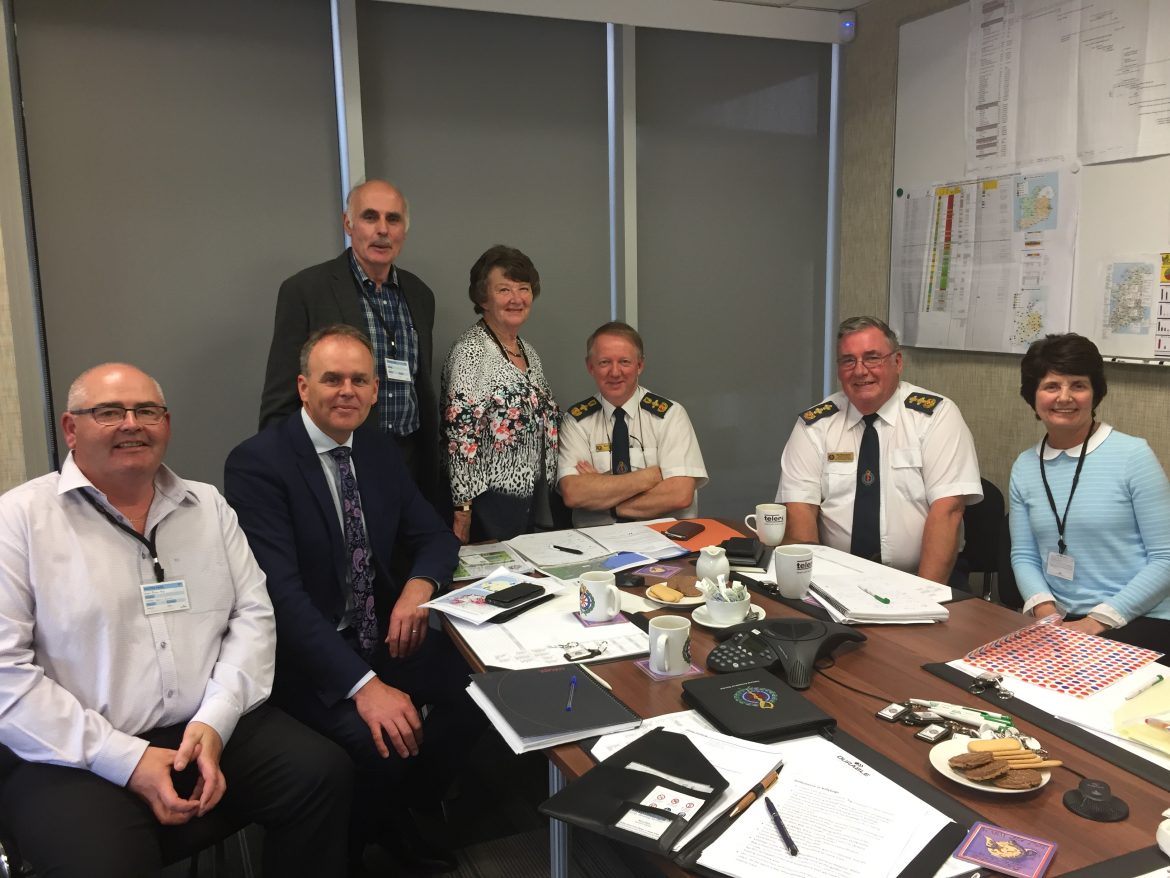 A delegation of concerned local people from South and West Donegal have secured a review of ambulance provision for the region.

The director of the National Ambulance Service Martin Dunne and Control & Performance Manager Pat McCreanor held a meeting with the group at the organisation’s headquarters in Tallaght, Dublin on Wednesday to discuss the issue.

The meeting was called to address concerns over ambulance cover in the Killybegs area, which has one of the busiest fishing ports in the country and is a popular tourist region.

Joe McHugh, Donegal TD and Minister for the Irish language, Gaeltacht and the Islands, helped to facilitate the meeting.

“The National Ambulance Service gave the delegation a valuable insight into the essential service that they provide and the senior representatives also listened intently to the concerns of the delegation,” Mr McHugh said.

“I would like to thank Martin Dunne and Pat McCreanor for giving this issue consideration.

“This was an important opportunity to lay out clearly the distinct needs of the region of South West Donegal.”

The meeting at the National Ambulance Service headquarters was secured following talks on the issue between another delegation from Co Donegal involving Manus Boyle and Health Minister Simon Harris in Government Buildings in April.

Manus Boyle said: “At the end of the meeting with the National Ambulance Service director Martin Dunne offered to carry out a review of services specific to South and West Donegal. The review will crunch the numbers and analyse the provision of ambulance cover in the region.

“I understand the analysis will be carried out in the coming months when activity rates, routes and roads, drive times and demand for the service will be closely monitored.

“The delegation would like to thank Mr Dunne and Mr McCreanor for taking our concerns on board and we look forward to discussing this issue further with them in the coming months.”

“We also got to see first-hand the technology, knowledge, skill and care that the National Ambulance Service puts in to providing emergency response from their internationally recognised Centre of Excellence in Dublin and we are grateful to them for listening to our concerns.”