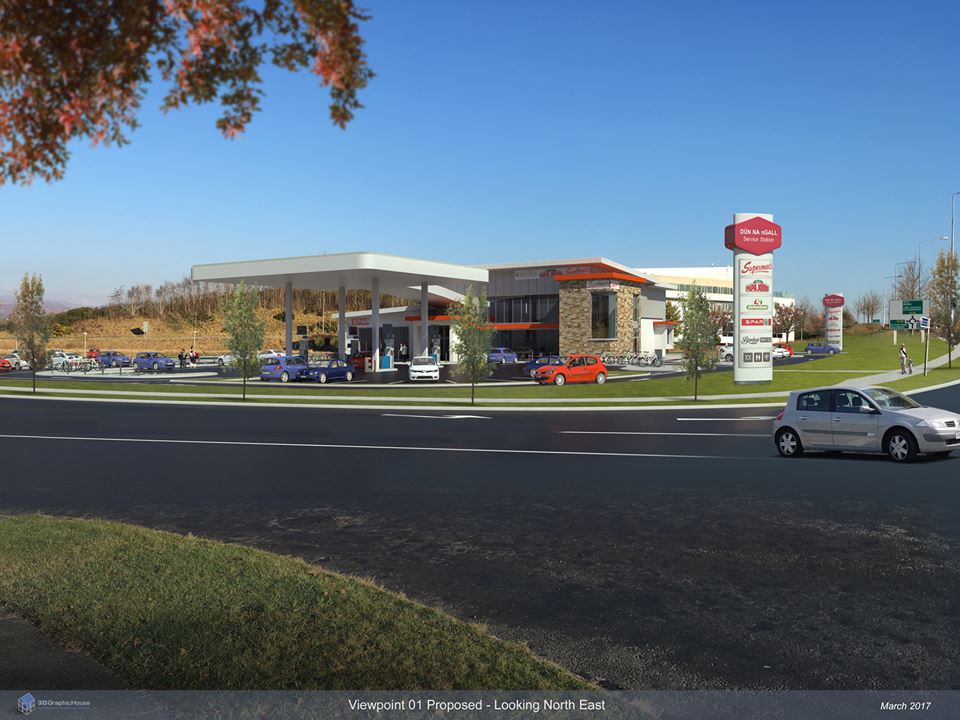 Donegal fans of the franchise will have to wait just another six weeks before getting the popular fries, burgers and Papa John’s pizzas at the Supermac’s in Drumlonagher, outside Donegal Town.

The restaurant was expected to bring up to 60 jobs to the new service station site, which includes a retail convenience store, car and HGV fuelling pumps and the Supermac’s Restaurant.

The Irish Independent reports that Supermac’s founder Pat McDonagh has had setbacks in launching in Donegal due to planning. He said it was difficult to find the right sites, but the demand was high for Supermac’s in the county.

“If I had a €100 for every request for a Supermac’s in Donegal, I could easily retire,” McDonagh told the paper.

Plans were submitted by Atlantic Enterprises Ltd for a second Supermac’s in Letterkenny, near the Station Roundabout. Objections were made to the application for a two-storey restaurant with a drive-thru for various reasons, including traffic. A decision is due from Donegal County Council in the coming months.

With over 100 branches nationwide, Supermac’s is Ireland’s largest and fastest-growing indigenous fast food group. The group employs 2,700 people with a €82M turnover.