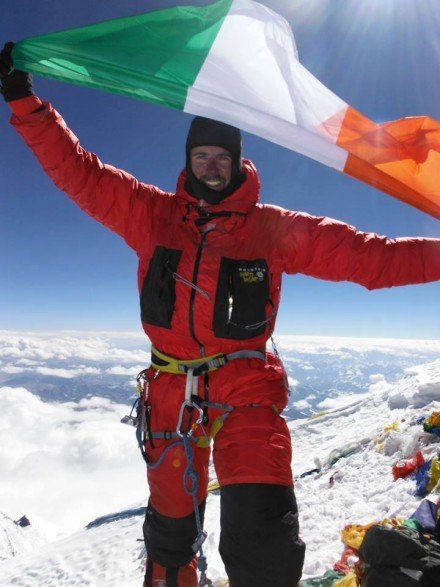 Jason Black set to climb greatest mountain in the world

written by Stephen Maguire June 22, 2018
Jason Black is back in Pakistan and the Letterkenny man is travelling to K2 in order to make another climb up the greatest mountain in the world.
At the moment Jason is trekking to base camp and will pitch down at K2 on Saturday 30th of June.
It will be Ger McDonnell’s ten year anniversary on the 2nd of August and Black says it will great to be back as a proud Donegal man representing not only his county but his country too.
Black is said to be hoping for a final summit push around the first week in August. He will be climbing K2 with Garrett Maddision who is an American mountaineer and rated as the worlds number one.
Weather on the mountain is unknown but with K2 it can change from one moment to the next.
Black will make Irish history if he manages to reach the top of the peak as no Kesh person has ever survived K2. Only 310 mountaineers have ever been successful which shows how difficult the task ahead will be.
Jason Black set to climb greatest mountain in the world was last modified: June 22nd, 2018 by Stephen Maguire
Tags:
climbingdonegalJason BlackK2MOUNTAINS