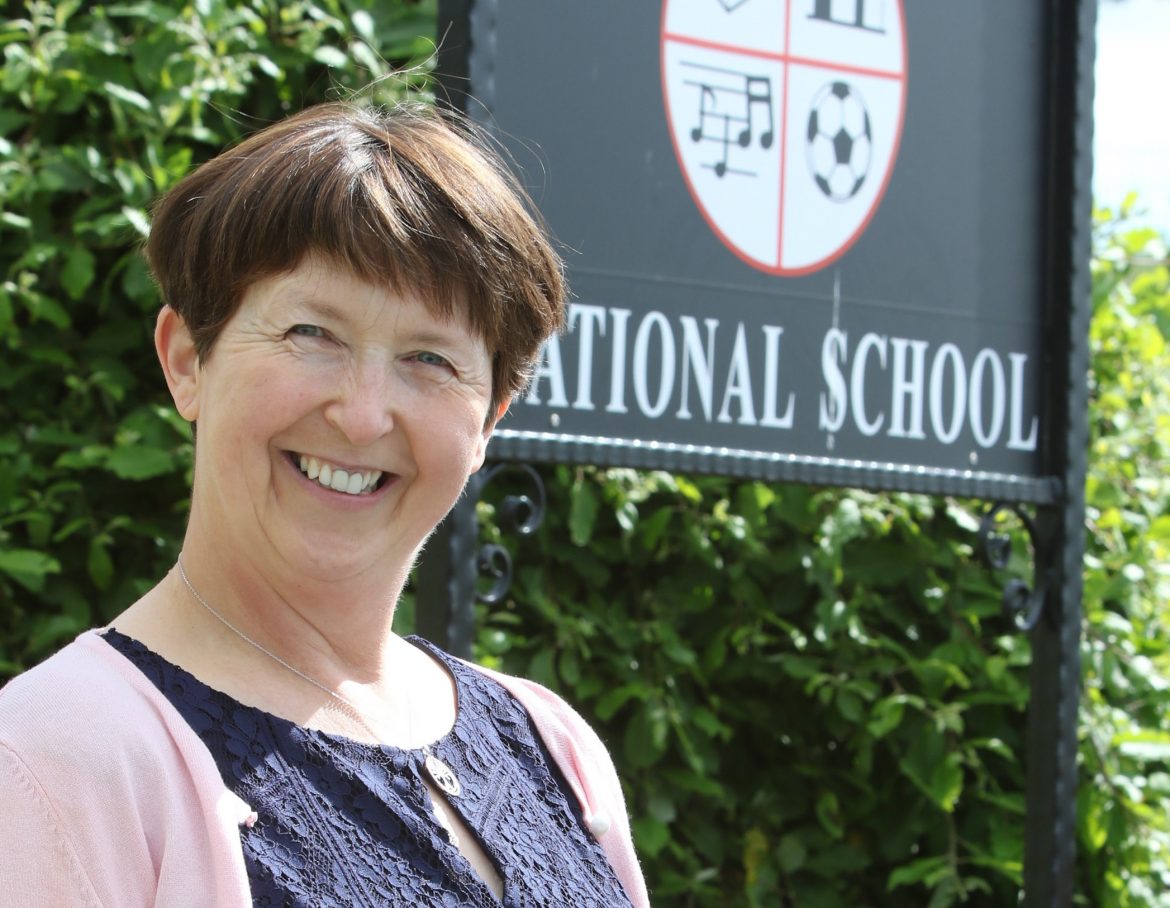 As the school year concludes in Castletown N.S, the school community are celebrating the lifelong work of a popular and passionate principal.

Having taught in one school for her entire career, Mrs Evelyn Devenney has been the longest serving teacher to date in Castletown N.S. , a two-teacher school near St. Johnston.

She taught the junior classes when she first began in 1982. She progressed to the senior classes 12 years later as she took over the principalship when Mrs Winnie McCracken retired. 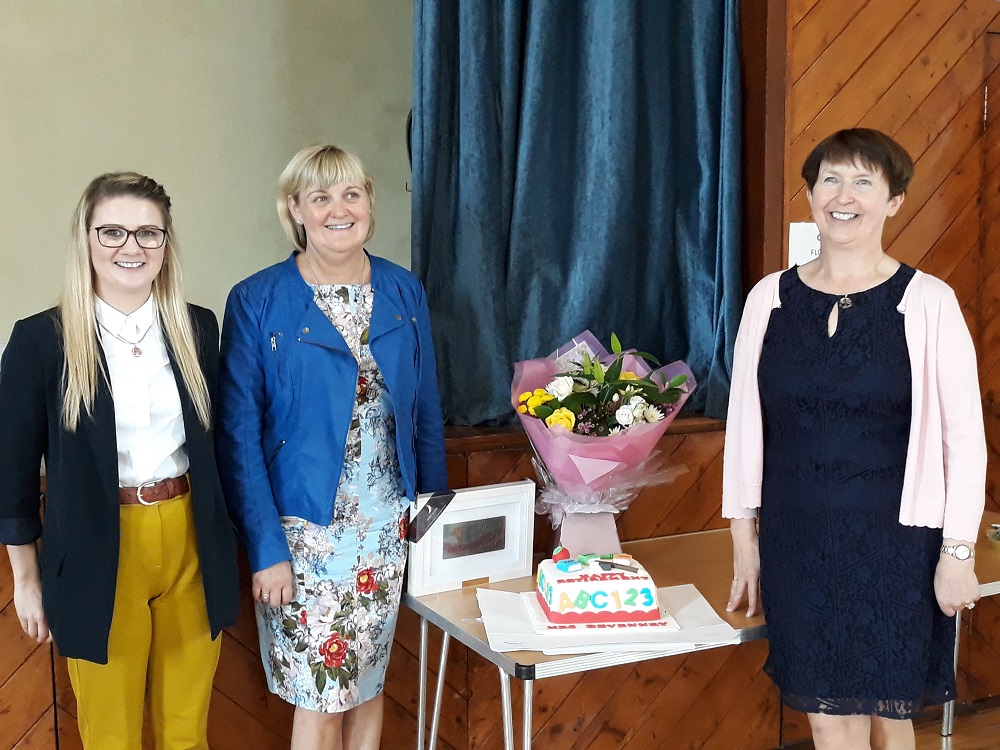 The school community celebrated Mrs Devenney’s 36 years of service with an enjoyable function last week, with a coffee morning, entertainment from Mr Majestic Magician and some lovely speeches. Her final day with the children was on Thursday, which was an emotional day for all. 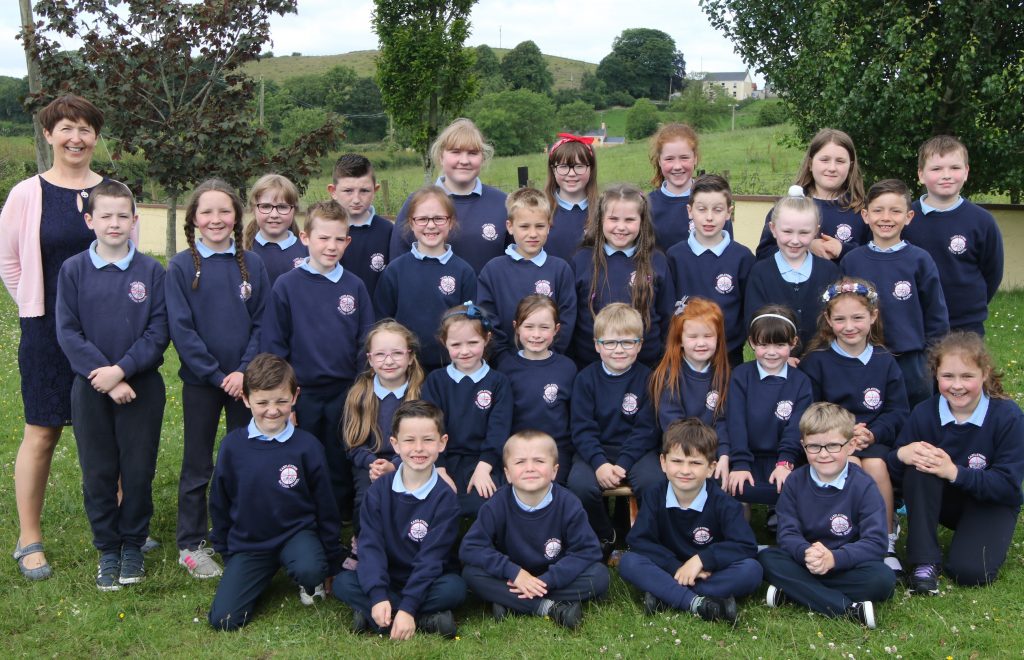 Mrs Devenney said: “The whole school community have always supported me so well and that this has made my job easier.  The children are such a lovely bunch to work with. They are very well mannered and a joy to work with every day.”

Mrs Devenney has always loved her career in teaching and watching the children grow and develop has been foremost on her agenda over the years despite the ever increasing administrative burden placed on all principals in recent times. It was, she says, a vocation, and she would advise anybody embarking on a career in teaching to bear this in mind.

“Teaching children is an enormous responsibility but it is also a privilege to have the welfare of children entrusted to your care,” she said.

Liesel Toner, formerly of Donagh NS, will take on the role of Principal at Castletown. What makes this more special is that Ms Toner is a past pupil of Mrs Devenney’s.

“I taught Liesel for six years and I’m very proud to see her returning to her primary school and fulfilling her own dream here,”  Mrs Devenney said. 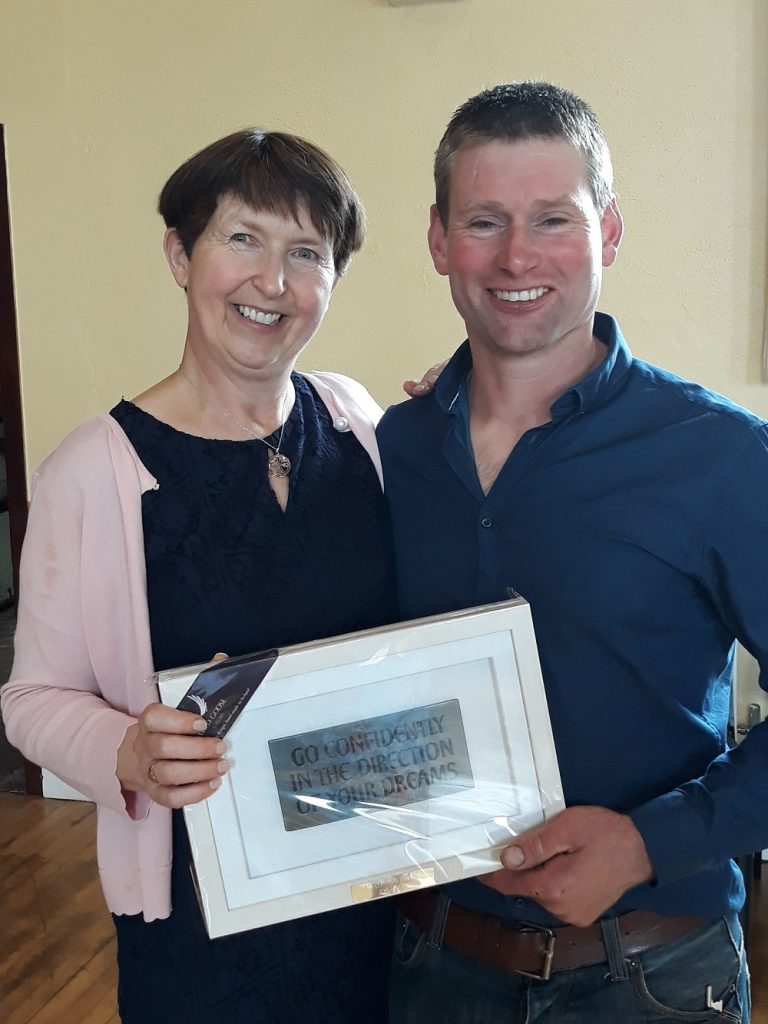 Mrs Evelyn Devenny and Maurice Graham , Chair of the Board of Management. Photo: Northwest Newspix

As she looks forward to travelling and pursuing hobbies in her retirement, Mrs Devenney has also been looking back on many changes in education since she began.

“The classes were much bigger in the 80s, the highest numbers on record being 66 children, 33 in each class. These were composite classes of four classes so it was a tough job indeed and the small rooms were seriously overcrowded. Teaching resources were very limited at the time and the curriculum was restricted to academic subjects mainly.”

In 2002, however, Mrs Devenney oversaw the much welcomed extension work which saw the building which was constructed originally in 1962, extended and refurbished.

“This was a very important turning point in the life of the school, and the quality of life and education went from strength to strength from that point. The changes in the curriculum which now recognised the holistic nature of learning were embraced in the school and the learning potential of each child has improved dramatically.

“This has made school a fun place to be for both teacher and pupil, notwithstanding the huge effort it has taken for the staff to undertake this.”

Her favourite Einstein quote, which she has tried to always to keep to the forefront of her mind and live by, has been, “ Everyone is a genius, but if you judge a fish by its ability to climb a tree, it will live its whole life believing it is stupid”

It is so important, she feels, to look for the positive in every child and help them to see and appreciate their own talents as they embark on the journey of their lives.