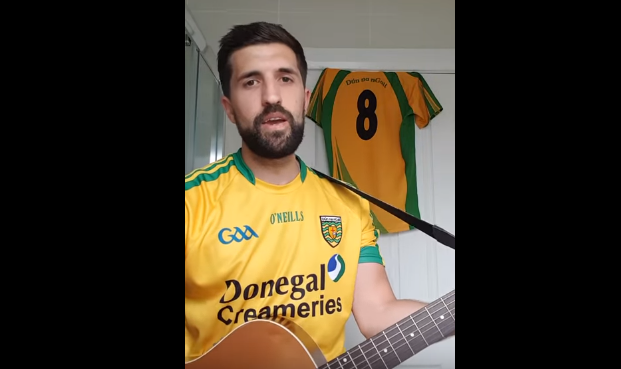 The Ulster Final is fast-approaching, but there’s still time for the Donegal camp to learn the words to this song for Sunday.

Fermanagh fans wrote a song for the occasion this week to the tune of Avicii’s ‘Wake Me Up’. As the video grew in popularity, Donegal needed a counter-attack, and that was delivered by Burt native Brian Sheerin.

The singer has rewritten Avicii’s ‘Hey Brother’ to target Fermanagh, and there are plenty of jibes in the lyrics for the opponents.

Brian, who is a cousin of Donegal captain Michael Murphy, recorded a video for the song, which has gained thousands of views in two days. You might recognise Brian from the Ireland’s Got Talent finals back in 2011, and he’s still got it!