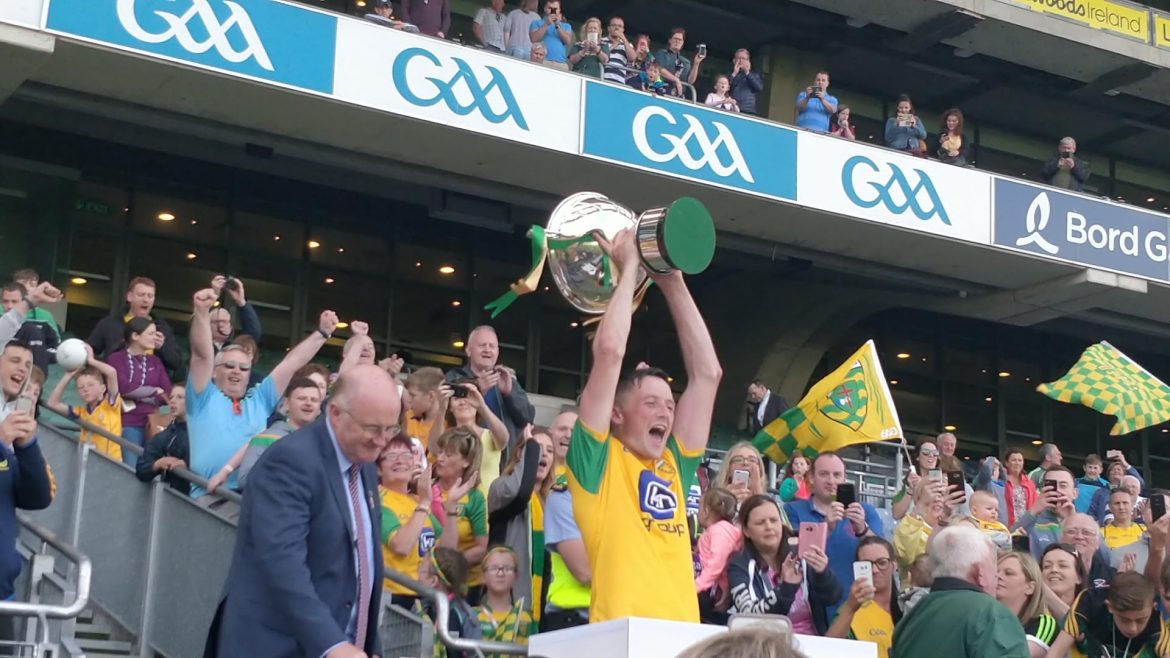 Donegal captain Danny Cullen was understandably in buoyant mood, after accepting the Nicky Rackard Cup, following Donegal’s second ever success in the competition, with a first title since 2013 at Croke Park this afternoon.

Trailing by six points after 20 minutes, Donegal had their work count out for them, but they settled on the restart with the likes of goalscorers Declan Coulter (1-9) and Gavin Browne impressive, and Gerry Gilmore popping over some monster sideline cuts.

“I just have to thank this group of fellas, the effort that they put in all year round has been unbelievable and today we got our just rewards, “Cullen said.

“I just can’t thank everyone on the panel enough from 1 to 30 who put in the effort.

“There’s boys who travel from Dublin twice a week for training and there were lads who came home from Barcelona to play games.

“For all the efforts that the lads put in, this is our reward and fair play to them all.”

Cullen had a particular word for Warwickshire, who were Lory Meagher Cup champions last year, and came close to becoming the first side ever to claim Meagher and Rackard Cups in successive years.

“We’ll see Warwickshire in Division 2B of the league next year,” he said.

“We knew today it was going to be a tough, tough battle and in the first half it was.

“Thankfully the lads put up the scores in the second half and made it count for us.

“All of the Warwickshire players are from very strong traditional counties and I’m sure they will be back next year if they push it on.”

Cullen also paid tribute to the Donegal management, including manager Mickey McCann for their efforts this year.

“A big change happened this year when Mickey McCann came in as manager,” Cullen said.

“Game plans and everything, the players have a huge amount of respect for him, and you could see it out there today.

“We hung on to every word he said and thankfully we got over the line today.

“We have a very dedicated backroom team, what was needed when you going three or four nights a week, and I’d like to thank them for all of their hard work also.”